TMZ: Chad Henne acts like a boob in the Bahamas

The TMZ photo of Henne on vacation in the Bahamas is below. The website said the shot and several others were snapped at a bar in Nassau. 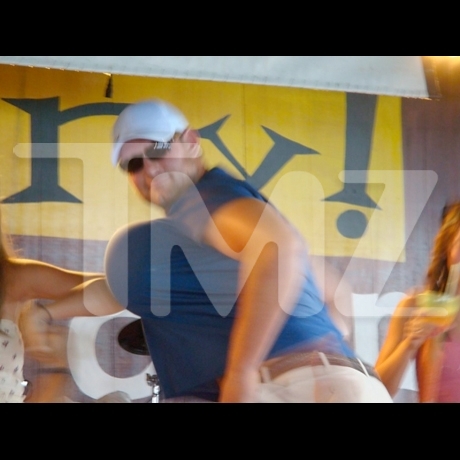 The Dolphins are aware of the photos and no one is really, seriously, thrilled that Henne was captured in this, cough, interesting pose. Yes, boys will be boys, but it doesn't say a whole lot for meeting the old Bill Parcells Ten Commandments for a QB...

... specifically the one that talks about not making a fool of yourself off the field.

I asked coach Tony Sparano about the photo this morning.

"My problem is I don't have the ability to talk to him so I really can't comment on this right now," Sparano said.

I asked, "I assume that's not what you want to see from your quarterback?"

Sparano is indeed in a tough spot. He obviously isn't happy Henne is seen in this pose. Fact is, Sparano spent part of his early-morning press breakfast with writers talking about how he's sure Henne is working hard to improve his game.

The coach also cannot speak with Henne about the weekend outing. So it stinks for everyone involved. And then there's this:

This picture, believe it or not, is the most evidence any of us have that Henne has a personality. And yet, the evidence seems a little embarrassing for a guy who is trying to show himself as the leader of the Dolphins, the guy who wants to call workouts and have everyone follow.

Henne? The question I would ask is if you could erase that photo from ever existing, would you? I bet his answer would be, "Yes." I don't think he'd say he's proud of the photo.