Reggie Bush is quite appreciative that just concluded his first season with over 1,000-yards rush. Although Bush will miss Sunday's season-finale against the New York Jets, he'll finish with 1,086 yards.

His previous high in a season was 581 yards in 2007 while still with New Orleans.

So, obviously, Bush is thankful that his offensive line helped in his effort. After all, there were some holes Bush ran through that a truck could fit through.

But showed that offensive line his appreciation today by buying every member of the line a Segway. A Segway isa two-wheeled self-balancing transportation vehicle. 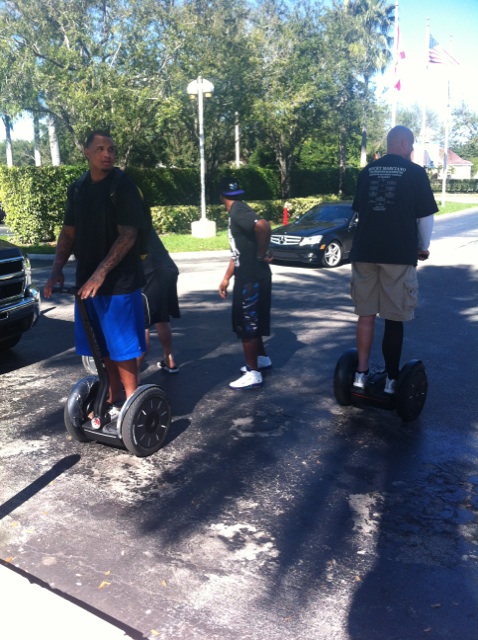 A user commands the Segway to go forward by shifting their weight forward on the platform, and backward by shifting their weight backward. The Segway notices, as it balances, the change in its center of mass, and first establishes and then maintains a corresponding speed, forward or backward. Gyroscopic sensors and fluid-based leveling sensors are used to detect the shift of weight. To turn, the user manipulates the handlebar left or right. Segways are driven by electric motors and can go up to 12.5 miles per hour.

Bush just tweeted: "Direct Quote from the O Line: "This is the coolest gift I've ever received!" Mission Complete!"