Peterson very much a part of the Dolphins coach search 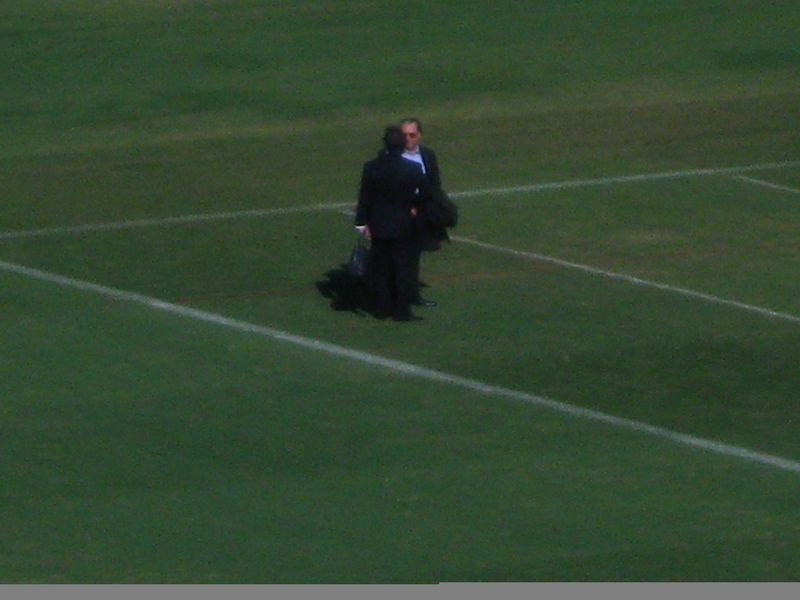 That is Carl Peterson and Jeff Fisher on the field of the Dolphins practice facility waiting to board a helicopter following the coach's "interview" with the Dolphins today. (Trust me, I enlarged the picture sent by The Herald's David J. Neal and that is definitely Carl Peterson.)

The two men waited for a minute or so before owner Stephen Ross came out and boarded the helicopter with them and another unidentified man and took off. Their destination is not known.

That is the same Carl Peterson who multiple NFL sources have told me -- even today -- will be named the Dolphins president in the coming days or weeks.

When Ross last spoke to the media he said he hadn't spoken with Peterson about joining and working for the Dolphins. Hmmm. Looks like he's doing Dolphins work to me.

Gruden made it clear to Peterson he isn't interested and Peterson carried that message back to Ross.

So why all the denials? What's the big deal?