Miami Dolphins owner Stephen Ross does not plan to sell his team any time soon. But if or when he changes his mind or dies, the Dolphins already have an NFL approved ownership succession plan in place, The Miami Herald has confirmed.

The NFL recently approved Ross granting New York businessman Bruce A. Beal Jr. the right of first refusal to purchase the franchise should Ross no longer be the owner.

The arrangement was voted on and approved at the recent NFL owners meeting in Boca Raton. The move to initiate the succession plan came directly from Ross. A league source stressed that just because Beal has the first right to buy, it does not compel him to do so. He has a choice.

CBSSports.com was the first to report this story. 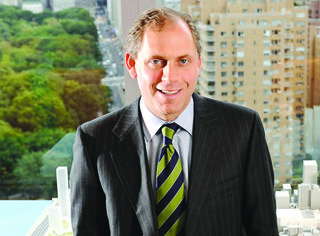 Beal Jr. is friends and a longtime partner of Ross at the current owner's New York-based Related Companies. It is not clear if Beal and Ross have agreed on an eventual sales price for the Dolphins for some future date. Ross paid a reported $1.1 billion for the team and its home stadium in Miami Gardens.

Beal Jr., 46, joined Related in 1995 and is responsible for overseeing the day-to-day development process for projects across all asset classes throughout the country including acquisition, finance and construction activities. In addition, Beal oversees Related’s existing operating portfolio and the company’s affordable housing initiatives.

Beal is a trustee for NewYork-Presbyterian Hospital, the Citizens Budget Commission, St. Bernard’s School and Diller-Quaile School of Music. He also serves on the Board of Directors of the Community Preservation Corporation and the Friends of the High Line, the Advisory Board of Harvard University’s Taubman Center for State and Local Government and REBNY’s Executive Committee, Board of Governors and Housing Committee. Mr. Beal graduated from Harvard University with a Bachelor of Arts degree.

Ross, 75, felt the desire to put a succession plan in place because he has no obvious successors. Although he is married and has four children -- two of them stepchildren -- he has said in the past no one in the family wishes to take over the Dolphins in his absence.

Enter Beal who has been a fast and steady riser within the Ross real estate empire. Although Beal's family ran a Boston real estate and development business he told Crains that he longed to be the next Jacques Cousteau. He attended marine biology camps, toiled at a Nantucket fish market and worked at a dolphin lab in Hawaii.

That didn't pan out.

"Building and construction are very tangible," he told Crains. "It's great to look at something and say, 'We built that.' "

At some point, Beal may have the opportunity to look at the Dolphins and decide whether he wants to build a team he owns.