« Wes Welker at Dolphins practice -- but a comeback not in the works | Main | Dwight Stephenson: Laremy Tunsil has 'all the tools that you need' to be great »

The NFL tweeted out the following: 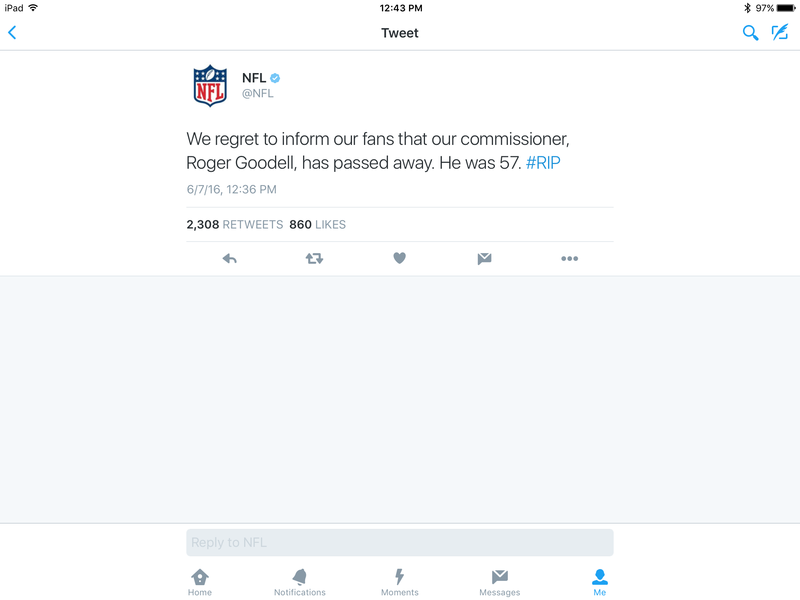 Nope. But he was probably peeved at his social media department.

And the league made clear immediately that Goodell was fine.