« Salguero on the run defense, the putrid offense, regression from a year ago, being wrong and Dolphins' Tunsil lie | Main | Miami Dolphins place Koa Misi on injured reserve (Update) »

Dolphins coach Adam Gase was driving to Sunday's game with offensive line coach Chris Foerster when the assistant's cell phone rang. And as the conversation was happening, Gase quickly got the drift that something was wrong.

"I get a little bit of the details of what happened and now it's what's the next step."

The details, according to Gase, are as was reported by Andy Slater of WINZ Sunday evening. Tunsil, in the shower Sunday morning, injured his left ankle.

"So from what I gathered, he slipped in the shower and fell," Gase said. "He jacked his ankle up. I don't know how it actually happened. Sometimes that happens to you, you don't know exactly how you did it. You just know you're in pain."

Tunsil got to the stadium and got X-Rays. Gase said the team is still determining how long Tunsil will be out, "day-to-day or week-to-week," the coach said.

Tunsil, who came to the Dolphins after he dropped in the draft following the social media release of a gasmask bong video, suffered the accident between 8-9 a.m. Gase was asked if he knew if the player was fully sober at the time of the accident and said there were no red flags when Tunsil checked in for the mandatory team breakfast.

I don't assume the Dolphins could know because they didn't conduct any drug test of Tunsil Sunday morning. This much is certain:

Tunsil was crestfallen. Sources say he was upset and tears were welling up in his eyes at times as he talked to teammates because he realized his accident was about to weaken the team.

"I'm sure it's that cross between embarrassment and thinking, 'I'm missing a game because of this?'" Gase said. "He knows that being out there makes us better. And he's a competitor and knows we count on him being healthy and being a part of our offense."

Tunsil was so upset, he left the stadium and didn't stay for the game.

He is not on crutches today.

The Dolphins expect Albert back for the Pittsburgh game Sunday. He told reporters today he expects to practice Wednesday. Tunsil's status is obviously unclear.

The Tunsil loss was not catastrophic but it did absolutely hurt. The Miami offensive line was a disaster on Sunday. Quarterback Ryan Tannehill was sacked six times.

Gase explained that he didn't "throw" Jermon Bushrod to left tackle, where he's played in the past, because he had no repetitions. Indeed, Bushrod has not played at left tackle for the Dolphins since he's been on the team.

In explaining the struggles of the offensive line, Gase made it clear he blames that unit for the stuggles Tannehill suffered Sunday. 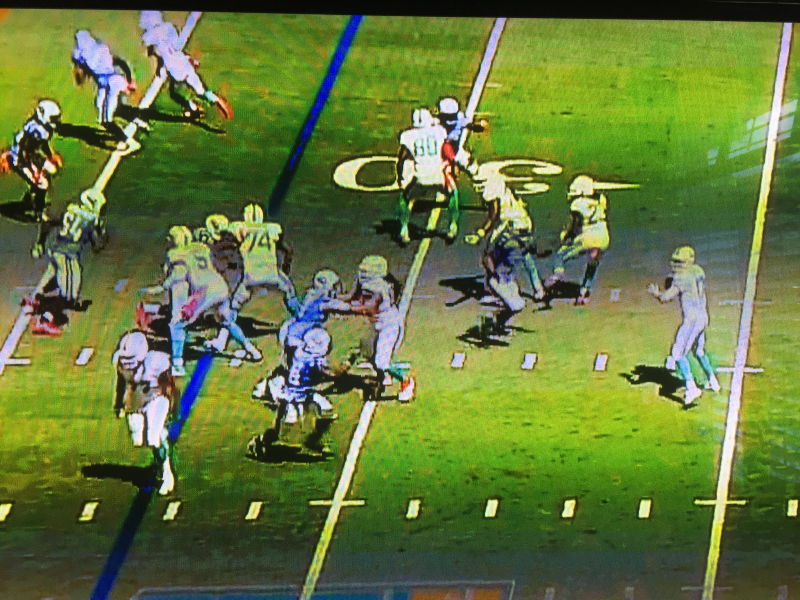 "I know when we have 18 dropback passes and he's hit or sacked on nine of them and then the completions we do have, he's got guys in his face," Gase said. "I'm supposed to blame him for that? I get a look at the whole picture. I'm calling the plays and I know what it's supposed to look like and it's not looking like that now as far as what's going on around him.

"When we start cleaning some things up and start giving him a chance to perform at the level I think he's going to perform and he doesn't do it, that's one thing. But I need to see where we get a chance in protection, we're right on a lot of the other things we're supposed to be doing. Is he going to have mistakes? Yeah.

"The last interception. I told him before he went out there, 'You're going to have to fit it in.' He tried to fit it in but gets jacked. I thought he was going to get his rotator cuff blown out and knee blown out and everybody gets pissed at him.

"Everybody wants to blame that position. It's the easy one to do because you can see completion, incompletions, interception. But when you hit your back foot and get sacked, there's not much you can do about it."