When Rafael de Acha abruptly left his job as artistic director of New Theatre in April 2006, one of the reasons he gave was the desire to spend more time enjoying life with his wife (and New Theatre co-founder), actress and college prof Kimberly Daniel. 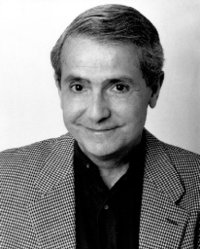 Both artists have been through a lot since then.  Daniel had a bone-shattering accident first, followed by long months of rehab.  Then her hubby, cleaning leaves from the gutters at the couple's home, fell off the roof. More broken bones, more rehab.

There was also, though neither side wants to talk about it, an acrimonious split from the board and current management of the company the couple founded 22 years ago.  While they were still in charge, the theater commissioned and premiered Nilo Cruz's Anna in the Tropics, a play that went on to win the Pulitzer Prize for drama.

With all that drama and some savoring of life behind them, Daniel and De Acha have decided to ease back into theater.  They're starting a new venture they call Theater by the Book, planning staged readings of plays at the church they attend, Coral Gables Congregational Church (the very pretty church that is across the street from the historic Biltmore Hotel and its resident theater, GableStage).

"It was the right moment," De Acha says of the new venture.  "The pastor [Laurie Hafner] said why don't we start a theater group. I said, 'Hey, why not?'"

Dispensing with sets, costumes and props, they plan to focus on actors and text, tackling many large-cast classics that don't get done in South Florida for economic reasons.  Their first play is Thornton Wilder's Pulitzer Prize-winning Our Town, with a cast featuring David Kwiat, Bill Schwartz, Robert Strain, Barbara Sloan, Cecilia Torres and Daniel, all actors who worked with De Acha at New Theatre.  The show happens at both 2 and 6 p.m. on Sunday, April 27, in the church's small chapel.  Tickets are $20 ($15 for church members, military and seniors; $5 for students and kids).