« Hot topics onstage | Main | Britain-bound, with help from her friends »

A void in South Florida theater

I was in my hotel room in sunny Rochester, N.H., on Monday when I got a call I had been dreading throughout most of my family's summer vacation:  Jack Zink, the longtime Sun-Sentinel critic and a real force in South Florida theater for more than three decades, had just passed away. 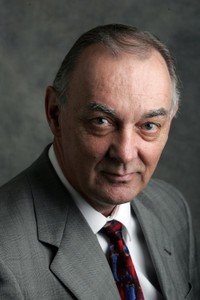 Along with his myriad friends in the region's theater community, I had been worrying about Jack since he was diagnosed with cancer last fall.  He fought it hard, continued working almost until the end, lost weight and his normal speaking voice and his hair.  But still, he remained optimistic, because that's who he was -- a critic, yes, but one who was never happier than when he could celebrate a great production, an amazing performance, music beautifully played.

Jack and I both graduated from Ohio State University, but he was a few years ahead of me, so I didn't know him there. I got to know him well once we became friendly competitors, each eager to do the best work we could, gleeful when we could be the first to publish a story or a review, united in the satisfaction we got from writing about the evolution -- a major evolution -- of South Florida's theater community during so many years of opening nights.

Jack was, in another way, responsible for the path that my personal life took. In 1986, when I was president of the South Florida Critics' Circle, Jack brought his boss along to that year's Carbonell Awards, the theater awards program he had been instrumental in creating a decade earlier. That arts editor was John Dolen, who became my husband three years later.  Our 17-year-old son Sean probably owes his life, no kidding, to the invitation Jack extended to John that long-ago November.

But everyone who has been a part of South Florida theater for any length of time has a Jack story.  They would tell you about his dedication, his vision, his attention to detail, his devotion to his job and the Carbonells and his wife Cynthia.  If you come to Jack's memorial service at 3 p.m. Monday at Fort Lauderdale's Parker Playhouse, you will no doubt hear many of those stories.

Because of Jack's passing, the second 24-Hour Theatre Project has been postponed.  The event involving playwrights, actors and directors from numerous companies was to have taken place Sunday and Monday at Actors' Playhouse in Coral Gables.  Antonio Amadeo, whose Naked Stage is the company behind the collaboratively creative fundraiser, said Tuesday that the decision to delay was simple:  "This is just a fundraiser...Jack was a friend to the whole South Florida theater community, and his contributions to the growth of our theater family were extraordinary.''

Jack's family is asking that, instead of flowers, those who want to remember him make a contribution to his church -- St. Ambrose Episcopal Church, 2250 SW 31st Ave., Fort Lauderdale, FL 33312 -- or to the Carbonell Awards, P.O. Box 14211, Fort Lauderdale, FL 33302-4211. Ground Up & Rising, one of the many small theater companies that benefitted from Jack's professional attention, is having a special performance of The Last Days of Judas Iscariot on Thursday at 8 p.m. and donating half of ticket sales to the Carbonells in Jack's name.

You can also remember him by coming to Monday's memorial, and listening to the stories about a man who loved his life in the theater -- and who was loved.