« Smoke gets in your eyes. Mine too. | Main | Divine decadence comes to the Ring »

Revolution and beyond in a Cuban kitchen 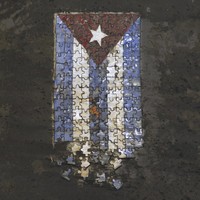 The work of Eduardo Machado, a masterful writer and teacher/mentor to many other playwrights, isn't produced in South Florida nearly often enough.  It was the Mark Taper Forum in Los Angeles that put together an epic production of Machado's Floating Island plays (Broken Eggs, Fabiola, The Modern Ladies of Guanabacoa and In the Eye of the Hurricane) in 1994, not a theater in Miami, home to a vast population of Cuban exiles for whom Machado's pungent storytelling might resonate with special power.

Thanks to the theater department at Florida International University, however, Miami gets a Machado from Thursday (Sept. 25) through Oct. 5.  FIU is doing The Cook, a play inspired by Machado's visit to a Havana paladar (private restaurant) in 2001.

The Cook unfolds over a 40-year period, as a servant named Gladys stays behind when her aristocratic employers flee Cuba after the Revolution.  Gladys is keeping a promise to watch over the house, but as the years roll by and life in Cuba changes vastly, she comes to think of her employers' home as her own.

Performances are 8 p.m. Thursday-Saturday, 2 p.m. Sunday. Tickets are $12 ($10 for students, alumni and seniors).  The show is on the Wertheim Performing Arts Center main stage on FIU's campus at SW Eighth Street and 117th Avenue.  Call 305-348-0496 for tickets and information.