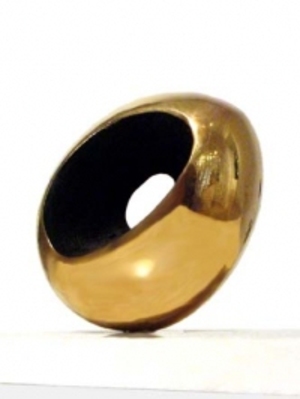 A room full of theater pros (and a few infiltrating critic types, who really were invited) met Sunday evening for two hours at Sixth Star Studios in Fort Lauderdale, where the Theatre League of South Florida hosted a discussion on the topic that has sparked great angst, numerous E-mails and plenty of blog commentary over the past week:  What's going to happen to the Carbonell Awards?

A week ago, the Carbonell board announced via a press release that it was pulling the plug on giving awards to productions that open in 2009, in order to give it adequate time to fix a system that doesn't seem to be working well (if you ask a few theater types who have groused about the process and threatened to pull out of the awards).  The board took the action, however, without seeking any input from the theater community or the nominators and voters who actually see shows and make decisions on what's award worthy.  Overwhelmingly, despite scattered criticism of the Carbonells, the theater community and Carbonell panelists reacted with alarm, fearing that if the 32-year-old program goes away for a year, it might never return.

So this meeting at Sixth Star was to kick around ideas that might be presented to the board.  League president Meredith Lasher and founder Barry Steinman presided over a lively discussion and productive meeting. The turnout was impressive, and in the crowd (which included actors, Carbonell nominators and judges, playwrights, directors and critics) were a number of artistic directors, including Deborah L. Sherman of Promethean Theatre, Paul Tei of Mad Cat, Genie Croft of the Women's Theatre Project, Adalberto Acevedo of Alliance Theatre Lab, Stuart Meltzer of City Theatre, Richard Jay Simon of Mosaic Theatre, Antonio Amadeo of the Naked Stage and Joseph Adler of GableStage.

Though there were a few pointed exchanges and moments of discord, in general, the vast majority present seemed anxious to keep the Carbonells going.  Even Adler did, though during his brief time at the meeting, he delivered the evening's foulest diatribe, ending with several "f**k you" comments before storming out (or as he put it, taking his ball and going home).  Which is not the way you reach a consensus, behave as a major player in a theater community or represent an otherwise admirable artistic institution.

At any rate, nothing is certain but this:  South Florida's theater pros have ideas about a better Carbonell system, and over time would like changes.  But more urgently and significantly, the community doesn't want the Carbonells to go away, not even temporarily.