With a founder's passing, whither the Carbonells? 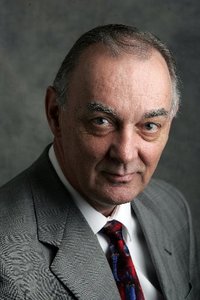 My friend Jack Zink died in August.  So many times since then, I've been listening to the buzz of theater talk at an opening or read something about theater or pondered political maneuvering in South Florida's theater community, and I've wanted to talk to Jack about it.  Oh, what I wouldn't give to hear what Jack might say about today's announcement that the Carbonell Awards program is suspending operations for 2009.  I think it would be a long, emotional conversation.

Jack, you see, was one of the principal founders of South Florida's theater awards program in 1976.  He treated the not-for-profit program, which honors the best work in Miami-Dade, Broward and Palm Beach counties (touring shows and those who contribute to the arts get recognition too), as a second job.  Workaholic Jack not only covered theater, classical music and arts politics for the Sun Sentinel, but he also labored for his church, his condo board and the Carbonells.  Without him, it's safe to say, the Carbonells wouldn't exist.

This morning, a press release from the Carbonell board made that point distressingly clear.  Board chair Les Feldman, the publisher emeritus of Playbill, cited the high cost of gas for nominators and judges, the downsizing of South Florida's arts media pool, the crummy economy and Jack's death as reasons that the board (which also includes producer Jay Harris, PR exec Savannah Whaley, Broward Center CEO Mark Nerenhausen, Kravis Center CEO Judith Mitchell, Jerome Cohen and Ricardo Gonzalez, nephew of sculptor and awards designer Manuel Carbonell) voted to spend 2009 revamping the program.  True, there will still be a Carbonell ceremony this spring to honor the shows of 2008.  But as for anything that opens in 2009?  It will fall into this black hole in the 33-year-old awards program.

Through the years, there have been uncounted voters, volunteers, board members and theater pros who have contributed to the Carbonells' success.  From the beginning, dissent and kvetching have been part of the experience, and what wasn't said in today's press release is that some theaters have complained bitterly about the current nominating/judging process.  But when Jack was around, problems got addressed, even if some weren't happy with the outcome.  It absolutely takes a village for a program like the Carbonells to happen. But Jack was king of the village.

How about you?  Vote in the poll, and if you have more to say pro or con, please comment.