« The Carbonell board listens and responds | Main | Can the Coconut Grove Playhouse come back? » 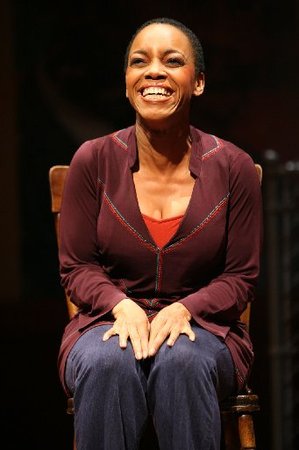 April Yvette Thompson grew up in Liberty City as the bright daughter of an activist father and a flower-child/Jehovah's Witness mother.  She was, for a time, the only black student at the prestigious Ransom-Everglades School in Coconut Grove.  That's where she was going to school when the Miami riots -- which followed an all-white jury's not guilty verdict in the trial of four white policemen accused of murdering black insurance salesman Arthur McDuffie -- tore through her neighborhood in May 1980.

The grown-up Thompson, an accomplished actress, turned the history of her family, her neighborhood and her own childhood into a powerful solo show titled Liberty City. Blending fact and imagination, Thompson and coauthor/director Jessica Blank (who earllier cowrote The Exonerated with her husband, Erik Jensen) debuted the piece last March at the New York Theatre Workshop.

Now comes word that Thompson is coming home to perform her piece not too far from the place that inspired it.  Liberty City will play the Carnival Studio Theater at Miami's Adrienne Arsht Center for the Performing Arts Feb. 19-March 1.  Thompson's extended family will, no doubt, be there.  And anyone frustrated by not being able to see the work of artists like Thompson or the celebrated young playwright Tarell Alvin McCraney in their hometown will probably want to be there too.

For information on the Arsht, visit the arts center's web site.