Return of the producers 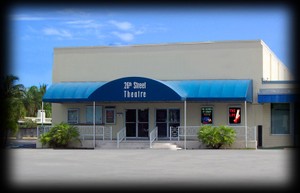 Gary Waldman and Jamison Troutman have produced shows all over South Florida.  The duo's venues have included the Hollywood Playhouse, the Drama Center in Deerfield Beach, the Wilton Playhouse (now the 26th Street Theatre) in Wilton Manors, the Atlantis Playhouse near Lake Worth.

The partners (Waldman handles the creative side, Troutman the business operations), who fared better artistically than financially, left the area to produce in Biloxi, Miss., in 2006. But now they're back in Wilton Manors, and the theater isn't the only thing that will seem familiar to anyone who has seen their shows.

Waldman and Troutman are kicking off their new operation with The Sounds of Simon -- The Music of Paul Simon in Vision and Light.  That's a show, built around the Grammy-winners hits, that Waldman put together at the Atlantis Playhouse in early 2005.  The Simon show will be followed by a February run of the Cy Coleman-Ira Gassman musical The Life, which was a long-running hit at the Atlantis in 2004.

Note from Christine: The comments on this post have been deleted by me. My only intention in writing the item above was to let the community know that Mr. Waldman and Mr. Troutman are back in business, and what is written above is the only information I have posted on the subject.