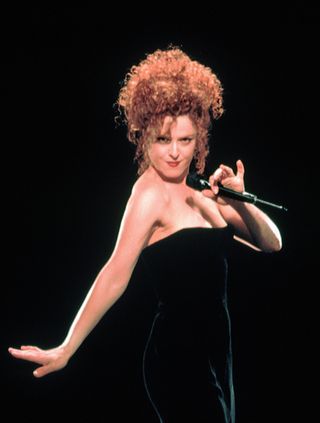 The ageless, inimitable Bernadette Peters comes back to South Florida next week, dipping into the Broadway songbook under the musical direction of Marin Laird.  Though she has lately become a children's book author (Broadway Barks is hers), she is a celebrated singer-actress whose talents have won her two Tony Awards, and whose credits include Gypsy, The Goodbye Girl, Annie Get Your Gun, Mack and Mabel, On the Town, Sunday in the Park With George, Song and Dance -- well, it's a long list. 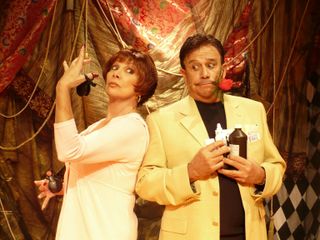 Spanish-speaking audiences in Miami are getting more and more theatrical options of late (Defendiendo al cavernicola at the Arsht Center, Se quieren at TeatroAreaStage, Enema at Teatro en Miami Studio).  Friday brings another:  Que cuarenta años no es nada at Teatro 8 in Little Havana.  The Argentinian comedy by Alicia Muñoz stars Marcos Casanova as a guy reunited with the woman (played by Martha Picanes) he has loved for 40 years.  Will he get the courage to confess his feelings this time?