« On campus, tragedy and hilarity | Main | Pinter at home; "The Cook" heats up »

Two talented, ascendant young playwrights from South Florida keep getting reasons to rejoice -- though not so much here at home. 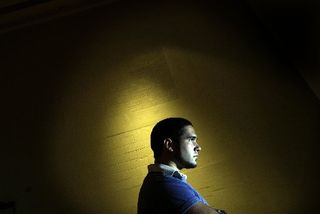 Marco Ramirez, who is in his first year as part of the Juilliard School's graduate play-writing program, recently found out that his short play 3:59 a.m.: a drag race for two actors won the National Ten-Minute Play Contest and a $1,000 prize from the Humana Festival of New American Plays at Actors Theatre of Louisville.  Now comes the news that a play he wrote for the Kennedy Center in Washington D.C. -- Mermaids, Monsters and the World Painted Purple -- is one of five new works nominated for the Charles MacArthur Award for Outstanding New Play or Musical at the 25th annual Helen Hayes Awards.  Those awards are Washington's equivalent of South Florida's Carbonell Awards, Philadelphia's Barrymores or Chicago's Joseph Jefferson Awards, and a very big deal indeed.  Ramirez will find out if he's a winner on Monday, April 13, when the Hayes awards are presented at the Warner Theatre. 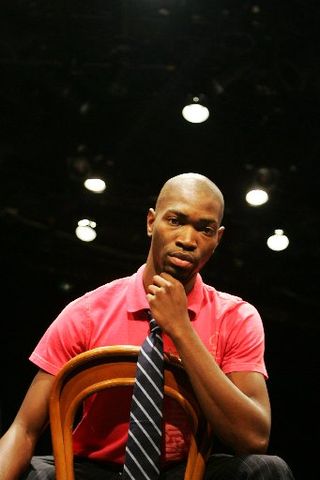 South Florida's other hot young playwright, Tarell Alvin McCraney, already has a big spring on tap with the Tony-winning McCarter Theatre of Princeton, N.J., producing all three of his Brother/Sister plays:  In the Red and Brown Water, The Brothers Size and Marcus; or the Secret of Sweet in repertory May 14-June 21.

Chicago's famed Steppenwolf Theatre Company is underscoring McCraney's status as a playwright with major promise by announcing that it, too, will present the three Brother/Sister plays as part of its 2009-2010 season.  Tina Landau, who is directing In the Red and Brown Water at the McCarter, will stage all three plays for Steppenwolf, where she's a company member.

McCraney, who often finds himself on transatlantic flights (the London critics are crazy about his work), has yet to see any of the Brother/Sister plays produced in his hometown of Miami, a place that matters to him so much that he sometimes has "305" snipped into his haircuts.

Ramirez, at least, gets his plays produced in South Florida -- Miami's Mad Cat will world premiere Broadsword! at the end of March. Isn't it time South Florida got to see why so many places in the English speaking theater world are buzzing about McCraney?