Since we're all looking to save money these days (aren't we?), three cost-conscious theater opportunities may be just the ticket for a dwindling entertainment budget. 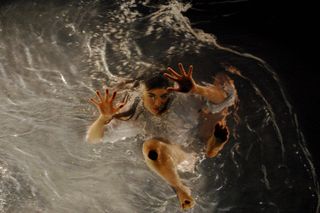 Miami's Adrienne Arsht Center for the Performing Arts is offering a buy one-get one deal on ticket to select performances of its three summer season shows:  the Off-Broadway extravaganza Fuerza Bruta (check it out in the photo) June 9-11 and June 14, the return of Celia: The Life and Music of Celia Cruz June 2-4, and City Theatre's popular Summer Shorts May 28-29 and May 31.  The only catch is that you have to show up from 11 a.m. to 1 p.m. this Saturday, April 4, at the Arsht box office, 1300 Biscayne Blvd., to get the deal.

If you are willing to drive up to Boca Raton, you can catch a production of Helen Edmundson's searing play The Clearing for just $16 ($10 if you're an FAU faculty member, student or alumnus).  Set in 1652, the tragic drama concerns an English husband and his Irish wife during the time Oliver Cromwell was trying to drive the Irish from Ireland.  The play begins Friday, April 3, and runs through Sunday, April 12 in the Studio One Theatre on the campus at 777 Glades Rd.  Call 1-800-564-9539 or visit the FAU web site. 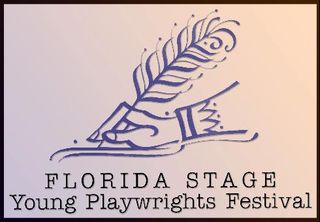 And if you're not planning to go to the 33rd annual Carbonell Awards on Monday, April 6, at the Broward Center for the Performing Arts, you may want to discover (for free!) what young playwrights are thinking.  Florida Stage, 262 S. Ocean Blvd. in Manalapan,  is presenting its Young Playwrights Festival at 7 p.m. Featured are works by Ashley Stornant (For the Record), Hope Tiffany (Unsaved), Rachel Chapnick (A Storm's a Brewin'), Stephanie Berra (A Day To Remember), and a couple of collaborative works by elementary school students, Endangered Animals and The Mixed-Up Rainbow.