At Actors' Playhouse, it's Pino sí, Plana no 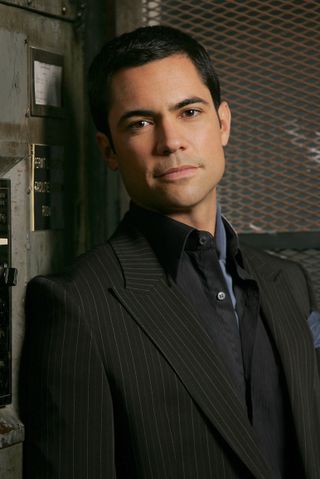 Over at Actors' Playhouse in Coral Gables, the excitement about the upcoming production of Carlos Lacámara's Havana Bourgeois has everyone feeling like they've downed a dozen cafecitos. Executive director Barbara Stein says most of the invitations to the opening night gala May 15 are coming back marked "sí." And it's likely that much of that preopening buzz has to do with the announcement that two television stars, Danny Pino of Cold Caseand Tony Plana of Ugly Betty, would be in the cast.

Pino, a Miamian who graduated from Florida International University, is here and ready to start rehearsals on Friday.  Unfortunately, though, Plana had to drop out of the production because of his TV schedule.  The show is going on with a cast of mostly South Florida actors joining Pino and the theater's artistic director, David Arisco, staging the play.

Havana Bourgeoisbegins previews May 13-14, opens May 15 and runs through June 7 at Actors' Playhouse in the Miracle Theatre, 280 Miracle Mile, Coral Gables.  Performances are 8 p.m. Wednesday-Saturday, 2 p.m. Sunday (additional matinee May 20).  Tickets are $48 Friday-Saturday evening, $40 for week nights and matinees, $35 for previews.  Senior and student discounts are available Wednesday-Friday.  Call 305-444-9293 or visit the Actors' Playhouse web site for details.

May 15 is going to be a particularly busy night in South Florida theater.  In addition to Havana Bourgeois at Actors', both the Promethean Theatre in Davie andFlorida Stage in Manalapan are opening shows.

Promethean, which had previously announced Kimberly Akimbo, then Speed-the-Plow, has settled on Joe Penhall's Dumb Show.  The piece by the author of Blue/Orange, which got a terrific Promethean production a while back, is a scorching satire of tabloid journalism.  Gregg Weiner, David Sirois and Promethean artistic director Deborah L. Sherman are featured, with Margaret M. Ledford directing. Dumb Showruns at Nova Southeastern University's Mailman Hollywood Theatre, 3301 College Ave. in Davie, May 15-31.  Performances are 8 p.m. Friday-Saturday, 3 p.m. Saturday-Sunday.  Tickets are $25 ($15 seniors, $10 students).  Call 786-317-7580 or visit Promethean's web site.

Steven Dietz's Yankee Taverngets its world premiere at Florida Stage May 15, after previewing May 13-14.  Directed by Michael Bigelow Dixon, the play is a thriller about a young man who becomes entangled in a web of 9/11 conspiracy theories.  Antonio Amadeo, Kim Morgan Dean, William McNulty and Mark Zeisler are featured in the cast.  Performances are 8 p.m. Wednesday-Saturday, 7 p.m. Sunday, 2 p.m. Wednesday and Saturday-Sunday (additional preview performance 2 p.m. May 14).  Tickets are $42-$45 ($35 for previews), and the play runs through June 21.  Florida Stage is at 262 S. Ocean Blvd., Manalapan.  Call 1-800-514-3837 or visit the Florida Stage web site.