FAU does Shakespeare and Sondheim 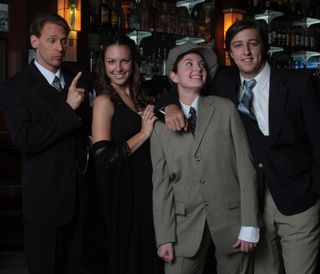 Tickets to each show are $15 and $20.  For information, call 1-800-564-9539 or visit the FAU eventsweb page.  Performances are in the University Theatre on the campus at 777 Glades Rd., Boca Raton.  As part of its Summer Festival Second Stage, FAU is also presenting brief runs of John Cariani's Almost, Maine (July 9, July 16 and July 22) and Arthur Schnitzler's La Ronde(July 12, July 19 and July 23).  All performances are at 8 p.m. in the university's Studio One Theatre, with tickets priced at $5.

Want a taste of what's to come? FAU is offering a free preview of numbers from Company and other Broadway shows, plus a piano performance by music department chair Heather Coltman at 7 p.m. Friday at the Mizner Park Amphitheatre in Boca Raton.