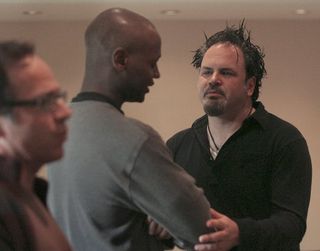 Though the recent Broadway revival of David Mamet's Speed-the-Plow will be forever linked to jokes about Jeremy Piven's sushi overload, the fact remains that the incendiary three-character play can be a powerful piece of theater.  GableStage's Joseph Adler certainly thinks so.  Having decided to postpone the August world premiere of Michael McKeever's Lewd and Lascivious, he has filled the gap with Speed-the-Plow, Mamet's 1988 play about two movie business sharks and the calculating young woman who comes between them. 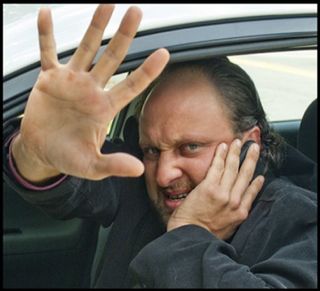 Adler, who is busy getting ready to open Paul Rudnick's The New Century on Saturday, hasn't yet cast the role of Karen, the secretary played by Madonna (in the Broadway original) and Man Menstar Elisabeth Moss (one of Piven's hapless costars, RaúlEsparza being the other).   But he has already secured the services of two take-no-prisoners Carbonell Award-winning actors to play Bobby Gould and Charlie Fox:  Gregg Weiner and Paul Tei.