« A caliente "Fuerza Bruta" | Main | Farewell to a super critic » 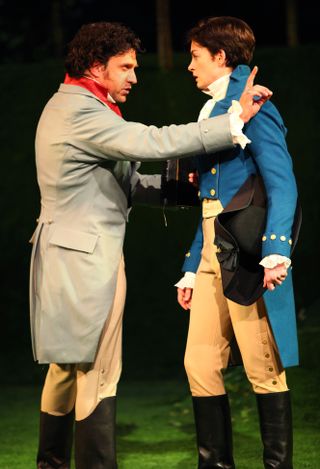 The advance buzz on the show is terrific; some who have seen the show in previews think the Dan Sullivan-directed show is one of the best Public Theater Shakespeare productions in years.

Twelfth Night opens Thursday, June 25, and runs through July 12, should you happen to be in New York during that too-brief window of time.  Tickets are free and, clearly, in demand.  For more info, visit the Public's web site.