It has been a long, long time since South Florida theaters went into summer hibernation.  There are plenty of shows to choose from this weekend, including Fuerza Bruta, Celia and Summer Shorts at the Arsht; Tu ternura Molotov at Area Stage; Dream Theatre's La Gaviota at New Theatre; El inconveniente at Teatro 8,; In a Dark Dark House at Mosaic;  Bent at Rising Action, and the Tony Bennett tribute show I Left My Heart at Broward Stage Door.

Next week brings three more productions, each worth checking out for different reasons. Alliance Theatre Lab is finally doing what Mosaic Theatre tried to do two years ago: open a production of the controversial My Name Is Rachel Corrie.  Kim Ehly plays the American activist who was killed in 2003 by an Israeli-operated bulldozer in the Gaza Strip.  Artistic director Adalberto Acevedo has received some negative feedback from people who feel Corrie was naive and that the play (put together by Alan Rickman and Katherine Viner from Corrie's journal entries, letters and e-mails) is blatantly biased toward the Palestinians Corrie was trying to help. 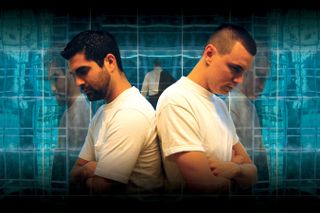 Ground Up & Rising, which generated great buzz with its production of John Kolvenbach's On an Average Day when it performed the show as a fundraiser at GableStage, opens June 19 for a two-weekend run at Miami Beach's Byron Carlyle Theater, 500 71st St.  Arnaldo Carmouze and Ground Up artistic director Arturo Fernandez play very different brothers who reunite after a lengthy estrangement to confront a volatile past.

And finally, for anyone desperately in need of some laughs (basically, everyone), there's The New Century opening June 20 at GableStage.  Paul Rudnick's riotous script may seem a little familiar -- two of its monologues were done as stand-alone plays in past Summer Shorts festivals -- but GableStage's Joseph Adler has assembled a wickedly funny cast (including John Felix as tres gay cable access host Mr. Charles, gazing admiringly at Daniel Landon's Robin).