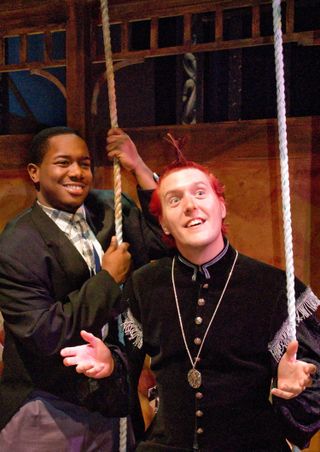 Directors love to mess around with William Shakespeare's plays -- they can stand up to lots of transformative interpretations, and besides, what's Shakespeare going to do about it? -- so it doesn't come as a shock that Barry University's Hugh M. Murphy has come up with a doozy of a take on Twelfth Night.  Dubbed The Twelfth Night Project, Murphy's production moves the comedy from Illyria to New Orleans in the late 1960s.