A reading and a delayed opening 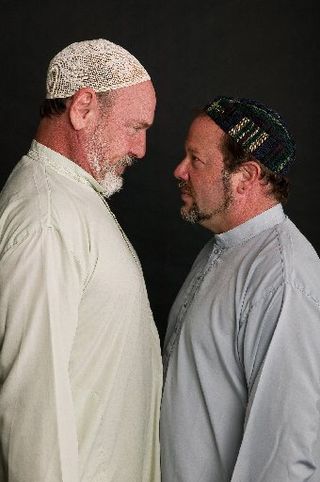 Actor-director Avi Hoffman, who's currently starring with Gordon McConnell in the world premiere of Seth Rozin's Two Jews Walk Into a War at Florida Stage, is using his usual Tuesday night off to (what else?) do some theater work.

Hoffman will be at Books & Books, 265 Aragon Ave. in Coral Gables, for another in City Theatre's series of free readings leading up to the company's 15th annual Summer Shorts Festival next June.

Among the short plays set to be read are Reality TV Reality TV by Christopher Demos Brown, Exchange by Elena Garcia and So It Goesby Andrew Rosendorf.  All are under consideration for the June 3-27 festival at Miami's Adrienne Arsht Center for the Performing Arts.  For more info, call City at 305-755-9401 or visit the company's web site. 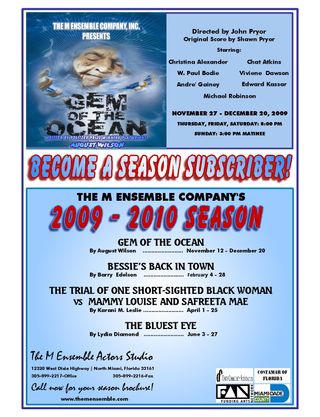 The North Miami-based M Ensemble Company was supposed to have opened its production of August Wilson's Gem of the Ocean on Nov. 12.  But someone broke into the company's space at 12320 W. Dixie Hwy. and stole three air conditioners, setting back rehearsals for what is the first play (chronologically) in Wilson's 10-play Century Cycle about black life in Pittsburgh's Hill District.