Hear a play, listen to a story 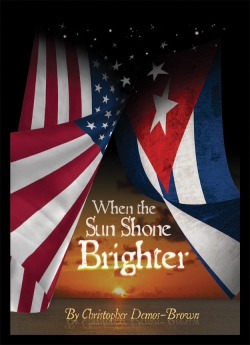 Christopher Demos-Brown is an attorney and a playwright.  The latter career seems to be heating up, with the world premiere of his play When the Sun Shone Brighter -- about a Cuban-American Miami mayor undone by ambition, lies and sex -- scheduled at Manalapan's Florida Stage May 12-June 20, 2010.

He's got another new play, Tropical Depression, in the works, and here's a reminder that you can experience it much sooner.  GableStage is doing a free staged reading of the script at 7:30 p.m. Monday. Stuart Meltzer directs a topnotch cast -- Barbara Bradshaw, Todd Allen Durkin, Amy McKenna, Bill Schwartz, Deborah Sherman, David Sirois and Ivette Viñas -- in the dark comedy about a family trapped by a hurricane.  GableStage, if you don't know, is in the Biltmore Hotel, 1200 Anastasia Ave., Coral Gables. Call 305-445-1119 or visit the company's web site for more information.