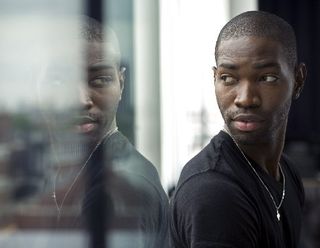 Miami's Tarell Alvin McCraney wrote most of his reputation-making trilogy -- The Brother/Sister Plays -- while he was still a graduate student at the Yale School of Drama.just over two years ago.  Since then, he has gathered awards, acclaim and admiration both in the United States and Great Britain.  And the trilogy -- In the Red and Brown Water, The Brothers Size and Marcus; or the Secret of Sweet -- has kept his ascendant career soaring.

Produced last spring at the Tony Award-winning McCarter Theatre, the trilogy has just opened at New York's Public Theater, where the plays are running through Dec. 20.  Though some critics had mixed reactions to the three plays, the all-important New York Times review was an out-and-out rave.

Ben Brantley began his review this way:  "Spinning stories becomes a blessed biological process in Tarell Alvin McCraney's Brother/Sister Plays, as natural and necessary as breathing.  It is said of one character in this gorgeous trilogy,..that she 'breathes like the wind.'  So do Mr. McCraney's plays, which are pumped full of a senses-heightening oxygen that leaves you tingling." 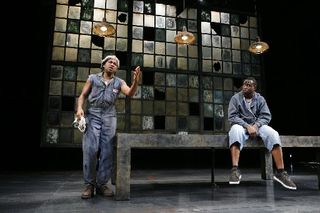 But that's not all.  A few paragraphs later, Brantley writes:  "Watching them, you experience the excited wonder that comes from witnessing something rare in the theater:  a new, authentically original vision.  It's what people must have felt during productions of the early works of Eugene O'Neill in the 1920s or of Sam Shepard in the 1960s."

Heady stuff.  But that's the kind of praise that helps make a career and win even more awards.

If you're heading to New York and want to see what the fuss is about, call 1-212-967-7555 or visit the Public's web site.  Chicago's Steppenwolf Theatre is also planning new productions of the Brother/Sister Plays, this time all staged by Tina Landau (she directed In the Red and Brown Water at the McCarter and the Public; Robert O'Hara staged the other two).  The plays will run in rep Jan. 21-May 23, 2010.

Yet even though at least two South Florida artistic directors have tried (so far unsuccessfully) to get the rights to The Brothers Size, McCraney's work still hasn't been produced in the place that helped shape him.