David Mamet, a playwright who still has no equal when it comes to ear-scorching male conversation, has a new play titled Race opening soon at Broadway's Barrymore Theatre (previews start Nov. 16, the opening happens Dec. 6, and James Spader, David Alan Grier, Kerry Washington and Richard Thomas are in the Mamet-directed cast). 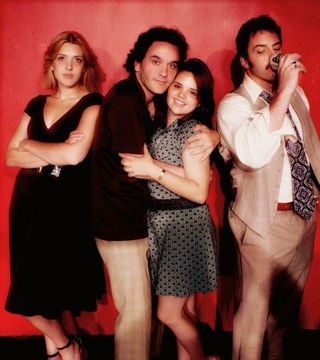 But as of this weekend, you'll be able to see productions of two Mamet plays -- one from the start of his career more than 30 years ago, the other his recent reworking of a British play that debuted in 1905 -- at South Florida theaters.

Opening first, at 8 p.m. this Thursday, is Mamet's 1974 play Sexual Perversity in Chicago.  Jehane Serralles, David Sirois, Bertha Leal and Travis Reiff are in the Alliance Theatre Lab's production of a play about men and women -- and their lust, connection and contentiousness.  Adalberto Acevedo directs the show, which runs through Nov. 22 with performances at 8 p.m. Thursday-Friday, 9 p.m. Saturday, 7 p.m. Sunday.  Alliance performs at the Main Street Playhouse, 6766 Main St. in Miami Lakes. Tickets are $25 ($15 seniors, $10 students).  Call 305-259-0418 or visit the Alliance web site. 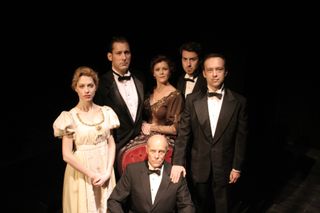 At Boca Raton's Caldwell Theatre Company, artistic director Clive Cholerton has turned to Mamet's 2005 version of Harley Granville-Barker's The Voysey Inheritance, a 1905 play that (thanks to the activities of Bernard Madoff) seems as relevant as ever.