Florida Stage's production of Israel Horovitz's Sins of the Mother -- directed by the prolific playwright himself -- is the major show opening in South Florida this week, but an escapist touring show and a couple of on-campus pieces are options too. 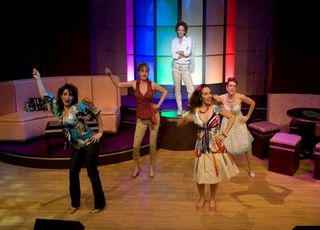 The Parker Playhouse in Fort Lauderdale plays host to a six-performance run of Girls Night: The Musical.  Louise Roche's show is about five women in their 30s and 40s who decide to hit the stage at a karaoke bar, alternating their look-at-me moments in the spotlight with talk about their lives.  Performances are 8 p.m. Wednesday-Saturday, 2 p.m. Saturday-Sunday at the Parker, 707 NE Eighth St.  Tickets are $28.50 and $38.50.  Call 954-462-0222 or visit the Parker's web site.

Florida International University's theater department is tackling Sam Shepard's A Lie of the Mind, a play about the enduring effects of violence in an extended family.  Performances are at 8 p.m. Thursday-Saturday, 2 p.m. Sunday (the same schedule is repeated Feb. 11-14) at the Wertheim Performing Arts Center, 10910 SW 17th St., Miami.  Tickets are $12 ($10 for students, alumni and seniors).  Call 305-348-0496 or visit FIU's ticketing web page. 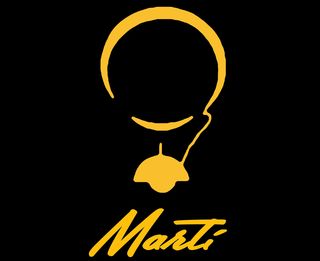 At Miami Dade College North on Friday at 7 p.m., Marti: A Musical Biographygets a world premiere from the Pen Players Readers' Theater.  Film professor Mario Beguiristain has crafted an English-language libretto, combining his own words with the writings of Cuban writer and revolutionary philosopher José Marti.  Part of MDC's culturaMIA celebration of Hispanic culture, the performance is free.  It happens in the Wolfson Center, Bldg. 2000, Room 2147, on the campus at 11380 NW 27th Ave. in Miami.  Call 305-237-8319 for more info.

Also this weekend, teen actor-playwrights in the Academy of Arts & Minds theater program in Coconut Grove will present Red-Handed, a piece written by and starring Simone Lorenzo and Andres Monsalve.  Larry Villanueva directs the play about the joys and pains of young romantic love.  Performances are 8:30 p.m. Friday-Saturday through Feb. 13.  The show goes on in the Abanico Theater, 3138 Commodore Plaza, fourth floor.  Tickets are $10 (free for the school's students).  Call 305-448-1100.