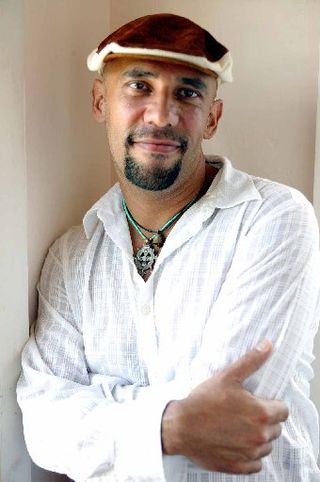 Actors' Playhouse in Coral Gables, whose 2009 production of Les Misérables is leading the Carbonell Awards race with a dozen nominations, is busily preparing for the March 5 opening of the other Claude-Michel Schonberg/Alain Boublil megamusical, Miss Saigon.

Still, executive director Barbara Stein and artistic director David Arisco have made time to choose five of the six shows for the company's 2010-2011 season -- and, simply put, it is potentially the best in the award-winning theater's long history.

Actors' Playhouse, as anyone who has followed its work through the years would tell you, is known for its way with big, crowd-pleasing musicals.  Small-cast musicals, the rare risky show (like Violet and Floyd Collins) and the occasional play (such as last season's Havana Bourgeois, starring Danny Pino of Cold Case) balance out its lineups.  But challenging fare has been the exception rather than the rule at Actors'.

Next season, however, is intriguing, surprising and exciting.

It kicks off Oct. 6-Nov. 7 with the world premiere of a new work by Miami's own Pulitzer Prize-winning playwright, Nilo Cruz.  Cruz, whose acclaimed Anna in the Tropicswas commissioned by Actors' tiny Coral Gables neighbor New Theatre, has written a play set in Havana in 1960.  The Color of Desire, which has had staged readings at Florida Stage's 1st Stage New Works festival and a several other major theaters, is a poetic, sensuous drama about an American businessman and a young actress in a rapidly changing Cuba. 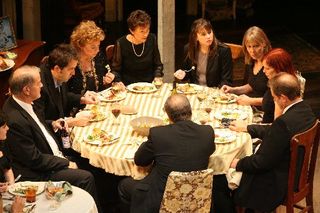 Then, the big surprise:  Actors' will take on the challenge of Tracy Letts' Pulitzer- and Tony-winning August: Osage County.  Letts' sprawling, thrilling 2007 play about a disintegrating extended family features a cast of 13, and it's the kind of well-made dramatic classic that Eugene O'Neill or Tennessee Williams used to write. It will run at Actors' March 9-April 10, 2011, and with the Cruz premiere, it suggests a more ambitious, well-rounded programming shift at Actors'.

Following August: Osage County, Actors' will tackle a comic thriller that just played Fort Lauderdale's Parker Playhouse, the Tony-winning Alfred Hitchcock's The 39 Steps.  In that one, a cast of four reenacts an entire Hitchcock movie about a sultry, soon-murdered spy and a man on the run.  It plays May 11-June 5, and will be followed by a yet-to-be-chosen musical July 13-Aug. 21.

Since its 1988 beginnings in a former movie theater in Kendall, Actors' Playhouse has evolved and prospered, winning numerous Carbonell Awards, attracting a loyal audience and, most impressively, beautifully restoring its current home at the Miracle Theatre on Miracle Mile in Coral Gables.  Since the abrupt closing of the Coconut Grove Playhouse in 2006, Actors' has been the largest resident theater in South Florida, but more often than not, the theater has played it safe when it comes to programming. The choices for 2010-2011 make a different statement -- and a welcome one.

For information on the new season or Miss Saigon, call the box office at 305-444-9293 or visit the Actors' Playhouse web site.