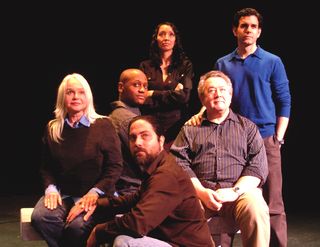 Michael McKeever was onto something when he wrote Melt, a 2007 drama about six diverse people who call Miami home.  The script, which premiered at New Theatre in Coral Gables, went on to win the 2008 Carbonell Award as best new work.  And those who saw it thought it presented such a provocative, conversation-starting portrait of this melting pot of a city that Leadership Miami revived the play for an audience of nearly 900 high school students at Miami's Gusman Center for the Performing Arts in March 2009.

Flash forward to this weekend and next.  Still believing in the power of the play, some Leadership Miami alumni got involved in bringing it back for a longer run.  So Melt will run through Feb. 28 in the upstairs Balcony Theatre at Actors' Playhouse in Coral Gables (and there's a preview performance at 8 tonight). 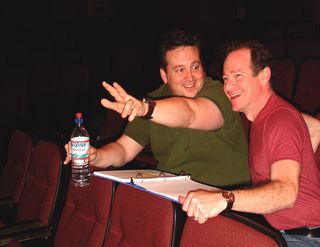 Teresa Maria Rojas plays a Latina mother who came to Miami on a Peter Pan flight. Javier Siut is her son. a savvy political operative working for developers. John Felix is a Jewish dad, Nick Richberg his son, a gay high school teacher who dreams of adopting a child.  Tara Vodihn and Reiss Gaspard play sister and brother; she's a lawyer and activist, he's a nurse who happens to be the teacher's partner.

McKeever's own partner, Stuart Meltzer (who originated the teacher role in the world premiere production), is directing Melt.

The tickets to Melt range from $20 for students to $25 for seniors to $30 for regular admission.  But because those involved feel so strongly about younger audiences seeing and talking about the play, Culture Shock Miami is offering a limited number of tickets to theatergoers from 13 to 22 for just $5.

The show goes on at the Miracle Theatre, 280 Miracle Mile, Coral Gables.  For information and tickets, call the Actors' Playhouse box office at 305-444-9293, visit the theater's web site or check out the Melt web site.