On Sondheim, a season and the Carbonells 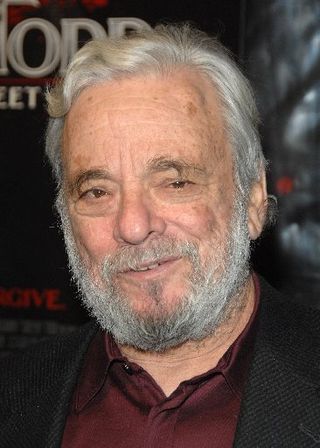 Stephen Sondheim celebrated his 80th birthday on March 22, and because theaters like to celebrate significant birthdays of great artists, lots of Sondheim-centric productions, readings and events are happening this season.

Already in New York, the new revue Sondheim on Sondheim (starring Barbara Cook, Vanessa Williams and Tom Wopat) has opened at Studio 54, where it runs through June 13.  Catherine Zeta-Jones and Angela Lansbury are at Broadway's Walter Kerr Theatre starring in A Little Night Musicby Sonheim and Hugh Wheeler.  And on Thursday at Manhattan's City Center, an Encores! presentation of the Sondheim-Arthur Laurents musical Anyone Can Whistle(starring Miami's Raúl Esparza, Sutton Foster and Donna Murphy) starts performances through April 11.

South Florida isn't a place where Sondheim's work gets done often, but two Palm Beach County theaters are jumping on the birthday bandwagon.

A production of the Sondheim-John Weidman musical Assassins by the new Slow Burn Theatre Company will run April 29-May 5 at the West Boca Performing Arts Theatre (the place where New Vista Theatre performed before its economy-related demise).  Larry Buzzeo, James Carrey, Clay Cartland, Elijah Davis, Christina Groom, Matthew Korinko, Zachary Schwartz, Stephanie Simon and Rick Pena have key roles in the brilliant piece about presidential assassins.  Performances are April 29 and May 6 at 7:30 p.m., April 30-May 1 and May 7-8 at 8 p.m., May 2 and May 9 at 2 p.m., with tickets priced at $25 ($20 for seniors, $15 for students). The show goes on in the performing space at West Boca High, 12811 W. Glades Rd. Call 954-323-7884 or visit Slow Burn's web site for info.

Boca Raton's Caldwell Theatre Company, meanwhile, has just put out a casting call for its Broadway Concert Series presentation of Into the Woods, Sondheim and James Lapine's musical about the darker side of fairy-tales. Some major roles have already been cast, with Margery Lowe, Wayne LeGette, Elizabeth Dimon, Jim Ballard and Laura Hodos set to participate.  Equity auditions by appointment happen April 26, and the show will be performed May 21-23.  The Caldwell, where Lisa Loomer's Distracted opens in two weeks, is at 7901 N. Federal Hwy.

Just a little over a week to go until the 34th annual Carbonell Awards ceremony takes place in the Amaturo Theater at the Broward Center for the Performing Arts, 201 SW Fifth Ave., Fort Lauderdale.  South Florida theater's biggest night begins at 7:30 p.m. Monday, April 12, with tickets priced at $25.  It will be followed by an after-party at Revolution Live, 200 W. Broward Blvd., from about 10 p.m. to midnight.  Anyone who goes to the Carbonells gets into the party free with an awards show ticket stub. Call the Broward Centerbox office at 965-462-0222 for tickets, or get more info at the Carbonell Awards site.

This year's ceremony will again be directed by Amy London, who was just elected president of the Carbonell board and hired as the organization's executive director and fund-raiser, thanks to a grant from producer Jay Harris. Harris and public relations executive Savannah Whaley, who played major roles in keeping the awards program going after the death of Sun-Sentinel critic/Carbonell executive director Jack Zink, will step down after this year's event.