« A double dose of shows from Neil Berg | Main | On Sondheim, a season and the Carbonells » 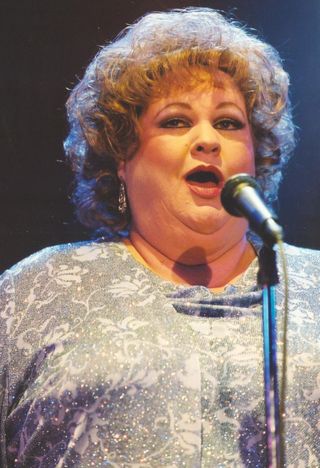 Carol A. Provonsha, an actor, singer and director who settled in Fort Myers after building her performing career in South Florida, passed away on Saturday after a long battle with cancer. She was 51.

An Ohioan by birth, Provonsha appeared in numerous South Florida productions, most notably during the 1990s at Jan McArt's Royal Palm Dinner Theatre and at the Shores Performing Arts Theatre, before relocating to Florida's west coast and becoming part of the theater family at Florida Repertory Theatre.

Provonsha's long, multifaceted career included work in more than 100 productions (including a couple of runs in Menopause: The Musical and the always-popular Nunsense).  One of the pieces she returned to most was her own creation: The Fat Lady Sings!, in which the versatile vocalist sounded like Petty Lee, Nell Carter, Liza Minnelli, Mama Cass, Rosemary Clooney and others as she sang their most famous songs.

A memorial service is in the works, but no details have been set yet.