Lights to dim for a critic 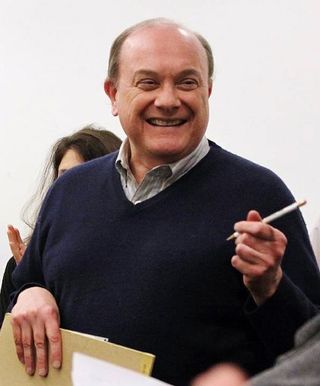 Michael Kuchwara, the Associated Press drama critic for the past 26 years, died late Saturday at the age of 63.  Complications from a lung disease claimed his life, though he kept working until a few weeks ago, when his review of the Off-Broadway musical The Kid became the last of the hundreds -- actually, make that thousands -- he wrote.

Broadway will dim its lights in Kuchwara's memory for one minute at 7 p.m. Tuesday.  Theaters honoring a critic? Not so unusual, at least in this case:  Kuchwara, whose criticism was read all over the United States, was a smart, fair-minded writer.  Even Pulitzer Prize winner Edward Albee, generally no fan of critics, thought so, telling the AP:  "There's so little good in a theater predominantly involved with commerce and popularity as opposed to excellence, that the loss of an intelligent and perceptive critic like Michael Kuchwara is an especially sad note.''

I ran into Kuchwara a few times in the course of covering Broadway over the years. He was always warm, encouraging, interested in talking about theater.  He was a fine critic -- and a fine man.