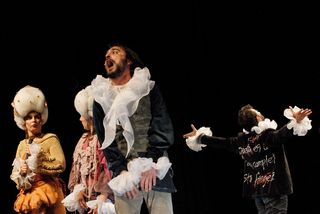 The International Hispanic Theatre Festival, Miami's annual celebration of the plays, playwrights and artists from the Spanish-speaking theater world, turns 25 this year.  To mark that special anniversary, Teatro Avante founder and artistic director Mario Ernesto Sánchez -- the actor/director whose determination has kept the festival going all these years -- has planned a more extensive lineup than usual, as well as a special tribute to the theater of Mexico.

As in recent years, most of the performances take place either in the Carnival Studio Theater at Miami's Adrienne Arsht Center for the Performing Arts, 1300 Biscayne Blvd., or at Teatro Prometeo on Miami Dade College's Wolfson campus, 300 NE Second Ave. in downtown Miami.  With a few exceptions (some supertitles, a play in Portuguese), most of this year's shows will be performed in Spanish, with most evening performances at 8:30 p.m.  Here's what's on the lineup, which begins July 7 and ends Aug. 1. 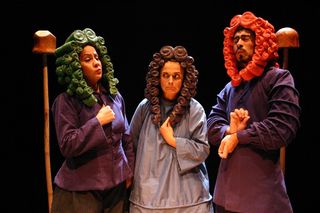 The festival also includes a photography exhibit, staged readings, a video presentation, an educational conference and presentation of a lifetime achievement award to Mexico's José "Pepe'' Solé. Tickets at the Arsht are $28.75, at Prometeo $25; seniors, students and disabled theatergoers get $5 off at both venues. For information, call Teatro Avante at 305-445-8877 or visit the company's web site.