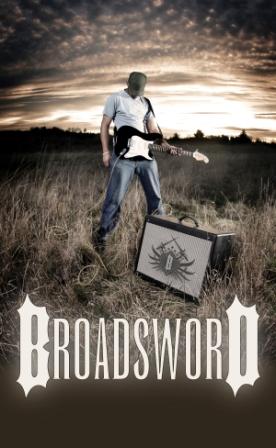 The Atlanta-based Actor's Express Theatre Company has just announced its 2010-2011 season, and in the lineup is the world premiere of a Marco Ramirez play titled Broadsword.  The company already has a moody, cool image created for the production (check it out here), which will run Jan. 13-Feb. 12, 2011, and a star in Chris Kayser of the troupe's previous production of Mauritius.

At this point, particularly if you're a fan of Miami's Mad Cat Theatre Company, you might be thinking: world premiere?  Didn't Mad Cat already do this play -- twice?  Well, yes and no.

Mad Cat indeed staged Broadsword, first in April 2009 at its old home in the Miami Light Project's Light Box, then in late April/early May of this year in a brief run at the Adrienne Arsht Center for the Performing Arts.  But those were "developmental" productions, meaning Ramirez was continuing to work on his script.  And he is perfectly within his rights to decide when he's ready for one of his works is ready for its world premiere.

Still, if you're thinking, "Hey, I saw Broadsword, and I liked it," you're not alone. I did too.

But if you happen to be in Atlanta and want to check out the finished, world premiere version early next year, here's the link to the Actor's Express web site.