Actors' gets another world premiere

Actors' Playhouse, which plans to begin its 2010-2011 season with the world premiere of The Color of Desire by Pulitzer Prize winner Nilo Cruz, has just filled in the last gap in its schedule with another world premiere. 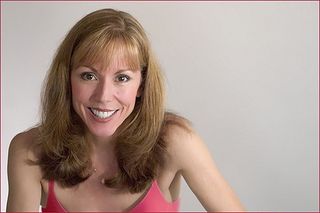 by actor-singer-writer Maribeth Graham and composer Dana P. Rowe, will premiere as Actors' summer musical July 13-Aug. 14, 2011.  The edgy musical about 21st century women is described as the story of an everywoman who is trying to decide "what makes her run, who she's running from and where she's running to."

Graham, who divides her time between South Florida and New York, is a veteran performer and three-time Carbonell Award winner who has appeared Off-Broadway and in most of the region's major theaters.  Rowe's shows include Zombie Prom, The Fix and The Witches of Eastwick, the latter two earning him Olivier Award nominations.

In between the world premieres, Actors' has another gem -- Tracy Letts' Pulitzer Prize-winning August: Osage County -- plus productions of Oliver!, The 25th Annual Putnam County Spelling Bee and Alfred Hitchcock's The 39 Steps.