Scott Shiller, executive vice president of Miami's Adrienne Arsht Center for the Performing Arts, has long wanted the center's Carnival Studio Theater to be a place where high-quality theater from many sources -- local, national, international -- could be showcased. For 2010-2011, Shiller thinks he's found a blend that will be successful with what he calls "the three a's:" artists, audiences and accountants (the latter signifying solid business at the box office).  The Arsht's investment in the Carnival programming? An estimated $1.1 million. 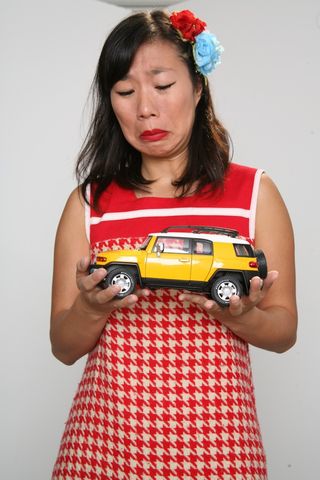 The Best of South Florida programming starts Nov. 18-20 with Mad Cat Theatre's production of actor-comedian Kristina Wong's Going Green the Wong Way.  Wong's piece, which she is shaping under Mad Cat artistic director Paul Tei's guidance, is about the pitfalls of a dedication to green living, one in which her dead  biodiesel car leaves her at the mercy of a less-than-reliable public transportation system.  Tickets go on sale to Arsht Center members Aug. 30, to everyone else Sept. 12. The births of a new theater company and a new play coincide when Zoetic Stagepremieres Michael McKeever's South Beach Babylon Dec. 2-12. The comedy by the Carbonell Award-winning McKeever explores the lives of five South Beach artists int he weeks leading up to the chic insanity that is Art Basel.

Miami's M Ensemble will present Regina Taylor's Crowns -- a play about the culture clash that happens when a Brooklyn girl with a hip-hop sensibility is sent to live with her South Carolina grandmother after her brother's death -- at the Carnival.  The production happens during Black History Month in February, with exact dates still being worked out.

Also back as part of the Best of South Florida lineup at the Carnival are City Theatre's Summer Shorts festival (June 2-26) and Teatro Avante's XXVI International Hispanic Theatre Festival (July 7-24).

The Carnival's new works lineup are all dance/performance art pieces, so we'll skip to the theater stuff. 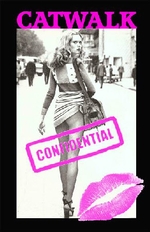 Forbidden Broadway, with new material sending up the likes of In the Heights, Jersey Boys and Young Frankenstein (all scheduled to play South Florida this season), returns Dec.14-26.  David Lamb's From the Auction Block to Hip Hop, the followup to his popular Carnival hit Platanos and Collard Greens, plays Feb. 3-6.  Catwalk Confidential, a solo show by Miami Beach-raised supermodel Robyn Peterson, comes to the Carnival March 17-20.

That show will be followed by a long run (April 7-May 1) of The Sparrow, a hit play by Chicago's House Theatre. The piece, about a girl who returns home 10 years after being the sole survivor of a tragic accident that killed all her classmates, is an imaginative mystery in the vein of TV's Heroes.  Last in the lineup is Celebrity Autobiography (May 5-15), a show in which the famous read from celeb memoirs with comic results that the original authors probably didn't intend (the stars who will do the deed in Miami haven't been announced yet).