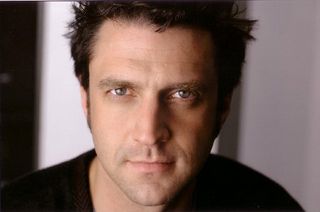 Raúl Esparza, the four-time Tony Award nominee who stole the show when he appeared in Babalu at the Adrienne Arsht Center in July (sorry, but he did), made quite an impression on both audiences and the honchos at Miami's performing arts palace.  Now he's been tapped to headline the center's fifth anniversary gala Oct. 28, with tables at the benefit going for $10,000, individual tickets for $1,000.  And you thought Broadway tickets were pricey.

Esparza is a busy, busy man these days.  On Saturday, he begins previews of the Broadway-bound musical Leap of Faithat the Ahmanson Theatre in Los Angeles, with the opening set for Oct. 3 and a run through Oct. 24.  Then it's on to Miami, then back to New York to get ready for Broadway.

He is, of course, playing the lead in the Alan Menken-Glenn Slater musical, which is based on the 1992 movie starring Steve Martin.  Esparza plays Jonas Nightengale, a charismatic fake faith healer who has a life-changing experience in a drought-stricken Kansas town.  His leading lady is Brooke Shields, who broke her hand (but not too badly) during rehearsals.

If you saw Babalu, you know that Esparza (who earned two of his Tony nominations for his work in the musicals Company and Taboo) is a powerful, captivating, dramatic singer.  If you want to part with some serious bucks to see him at the gala (proceeds benefit the Arsht's education and community outreach programs), call 786-468-2020 or email gala@arshtcenter.org. 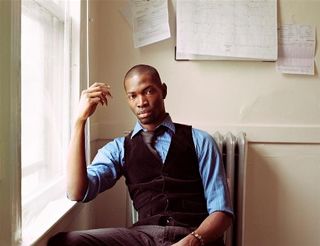 On the heels of GableStage's announcement that it will include the South Florida premiere of Tarell Alvin McCraney's The Brothers Size in its 2010-2011 season comes more intriguing news.  Artistic director Joseph Adler has persuaded the in-demand playwright to direct his reputation-making piece here.

The Brothers Size, one of the three dramas in McCraney's Brother/Sister Plays, is the last show in the new season, running Aug. 27-Sept. 25, 2011.  McCraney and Adler have already cast one of the three roles: Teo Castellanos, the playwright-performer who got the teenage McCraney into theater and became his mentor, will be in his former student's poetic, haunting drama.