Playwrights, directors, actors and titles got matched last night when The Naked Stage's annual 24-Hour Theatre Project kicked off the frenzied process for its annual fund raiser, this year at the home of the Caldwell Theatre Company in Boca Raton.

If you go to tonight's one-and-only performance of eight brand-new short plays -- and you should, because 24-Hour is one of the most enjoyable and impressive examples of just how much talent calls South Florida home -- here's what (and whom) you'll see. 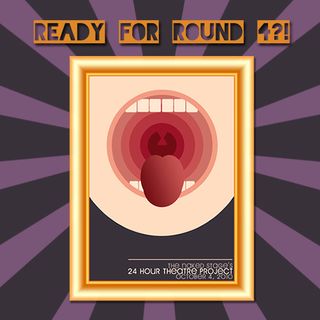