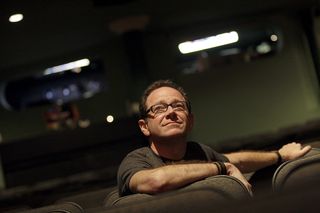 Summer froth isn't Clive Cholerton's thing.  So the Caldwell Theatre Company's artistic director has chosen a world premiere (and maybe cringe-inducing) comedy by South Florida playwright Michael McKeever and a poignant play by Sharr White to entertain its audiences in July and August.

First up is McKeever's Stuff, a play sure to resonate with anyone addicted to the A&E series Hoarders.  McKeever gives audiences his own take on real-life brothers Homer and Langley Collyer, who over the course of several decades transformed their family's once-elegant Harlem home on Fifth Avenue at 128th Street into a place that would be camera ready for, well, Hoarders.  See what amazing twists and turns the brothers' story takes when Stuff runs July 6-31.

White's Six Days, which premiered at the Humana Festival of New American Plays in 2006, tracks a marriage (and, concurrently, an evolving America) from the end of World War II to the beginning of the Vietnam War.  That play runs Aug. 20-Sept. 4, and Cholerton will direct both.