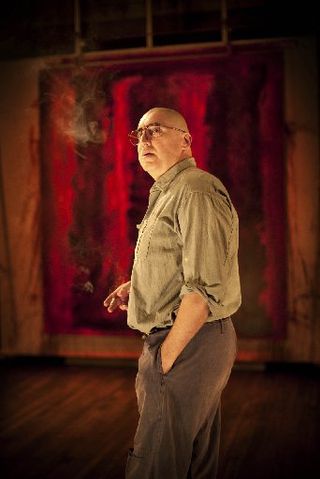 GableStage producing artistic director Joseph Adler takes his time planning seasons, but when he finally pulls back the curtain on his choices, the lineup is (more often than not) an exciting one.

He's taking it slowly for 2011-2012, revealing just his first two choices so far.  But both are intriguing, prize-winning dramas.  Exact dates aren't yet set, but the titles are.

First up is Red, John Logan's Tony Award-winning play about painter Mark Rothko. Played by Alfred Molina in London and on Broadway, Rothko is portrayed as an intense and demanding artist, doing intellectual battle with his assistant as the two work on Rothko's murals for Manhattan's Four Seasons restaurant.

Adler's next choice is Lynn Nottage's Pulitzer Prize-winning Ruined, a harrowing play set in a brothel in war-torn Congo.  The director had planned Ruined for his current season but moved it when he added A Round-Heeled Woman starring Sharon Gless to this season's lineup.

GableStage subscribers who re-subscribe by June 15 get six shows for $185, the same rate as for the current season, plus one additional ticket to any upcoming show.  The theater is located in the Biltmore Hotel, 1200 Anastasia Ave., Coral Gables.  For info, call the box office at 305-445-1119 or visit the GableStage web site.

(Photo of Alfred Molina in Red by Johan Persson)