Plantation's Mosaic Theatre will present five shows during its 2011-2012 season, and now we know what three of them will be. 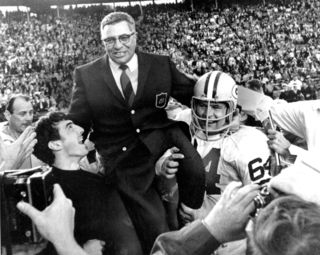 Artistic director Richard Jay Simon has chosen two plays based on real-life legends and a third by hot playwright Adam Rapp.  Eric Simonson's Lombardi, about legendary Green Bay Packers coach Vince Lombardi, has just closed on Broadway.  It is set in 1965 and focuses on a young journalist who comes to live with the coach and his family in order to write a story.

Jeffrey Hatcher's Ten Chimneys, about husband-wife acting legends Alfred Lunt and Lynn Fontanne and a young Uta Hagen, is also on the bill.  The play is set in 1935 at the Lunts' Wisconsin estate, where the two are preparing for a production of Anton Chekhov's The Seagull.

Simon has also chosen Rapp's The Edge of Our Bodies, a Humana Festival hit about a 16-year-old prep school girl traveling to New York to spring a big surprise on her boyfriend.  Two more titles are still in negotiation, and order of the plays won't be determined until all the shows are in place.

A flexible subscription gets five vouchers to use any way the buyer wishes.  Prices are $167 for adults, $145 for seniors, $64 for students.  Anyone who purchases a subscription by Friday, June 3, gets one free ticket to Mosaic's new production of Sam Shepard's Ages of the Moon, which opens this weekend and runs through June 26.