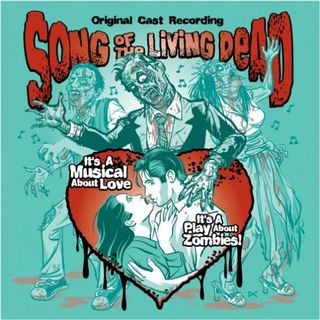 Continuing in the tradition of its summer hits Cannibal! The Musical and Evil Dead the Musical, Davie's Promethean Theatre is gearing up for another spoofy horror musical, this one Song of the Living Dead, a Zombie Musical.

Song of the Living Dead opens Aug. 12 and runs through Sept. 4 in the Black Box Theatre in the Don Taft University Center at Nova Southeastern University, 3301 College Ave., Davie.  Performances are 8 p.m. Thursday-Saturday, 5 p.m. Sunday, and tickets are $30.  Call 1-866-811-4111 to order tickets, or get more info on Promethean's web site. 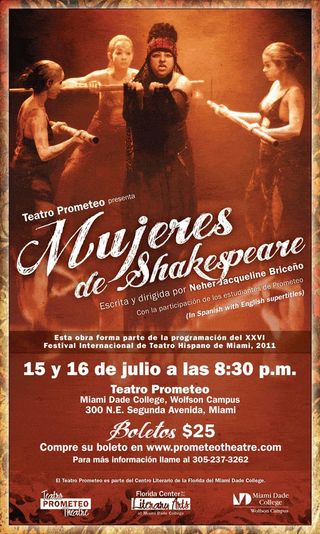 Things happen when you're bringing theater companies from all over the world to perform at the International Hispanic Theatre Festival, and due to travel troubles, the Friday and Saturday performances of the Argentine production El Trompo metálico in the Adrienne Arsht Center's Carnival Studio Theatre have been cancelled.

Not much theater around on Mondays, but this coming Monday actor Chaz Mena will direct a staged reading of Rogelio Martinez's All Eyes and Ears at GableStage.

In his cast are Ken Clement, Alex Alvarez, Diane Garle, Laura Pons, John Manzelli and Deborah Sherman.  Martinez play is set in early '60s Havana, focusing on a family loyal to Fidel Castro's revolution, and the price the family pays for that loyalty.