Ground Up starts up again 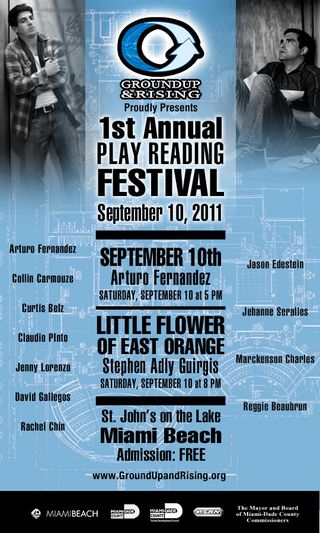 Ground Up & Rising, the talented but frequently homeless young theater company that has roamed around much of Miami-Dade County, is resurfacing in a multifaceted way. 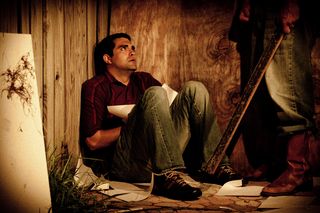 The following weekend, Ground Up launches what Fernandez dubs "The Zero Point Project." The idea, he explains, is to build young audiences by offering minimalist productions in nontraditional venues for just $7 per ticket.  The project's first offering is Sam Shepard's True West, featuring Carmouze, Belz and Pinto, directed by Fernandez.

The Zero Point Project continues at 8 p.m. Sept. 26-27 with Danny Hoch's Jails, Hospitals & Hip-Hop.  That one will be presented at GableStage in the Biltmore Hotel, 1200 Anastasia Ave., Coral Gables. Tickets are $7 and available via the GableStage box office at 305-445-1119 or the company's web site.

Fernandez adds that, if all goes well, the company plans to present True West and Jails, Hospitals & Hip Hop at the new South Miami-Dade Cultural Arts Center this fall.