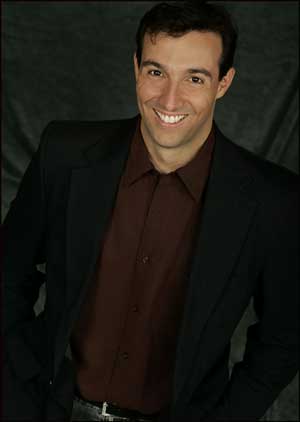 Actor-director John Manzelli, a Barry University theater faculty member, has been with City Theatre and its popular Summer Shorts program for four years, last season serving as the festival's artistic director.  As the company prepares for its 17th season of presenting a collection of short plays, Manzelli has a new title and greater responsibilities.  Stephanie Norman, one of City Theatre's founders, has left her active leadership role for a new job and is joining the company's board of directors.  So Manzelli, who will continue as an assistant professor of theater at Barry, is becoming City's newest producing artistic director.

"In this economy, we're trying to look at programming that makes sense," Manzelli said Tuesday.  "We're talking to the Arsht Center and the Broward Center about collaborative partnerships and co-presenting."

Playwright Susan Westfall, another City Theatre founder, returned as the troupe's literary director last year, and will continue leading the annual CityWrights playwrights' weekend, which just received a $75,000 grant from the Knight Arts Challenge.  Attorney Steve Eisenberg is joining the company as its general manager.  For info on City Theatre, call 305-755-9401 or visit its web site. 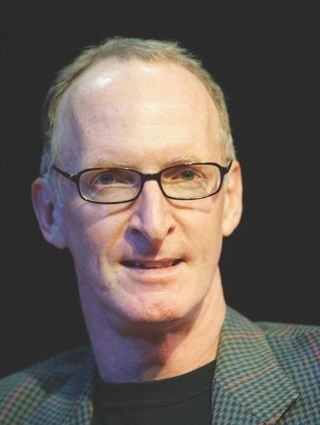 Also on the theater jobs front, Florida Stage founder and artistic director Louis Tyrrell has found a new home at Delray Beach's Arts Garage.  Tyrrell, who led the critically acclaimed theater for 24 years along with managing director Nancy Barnett, has been out of work since Florida Stage's board abruptly shut it down and filed for bankruptcy in June.  The company's debt had risen to $2.7 million in debt (some of that money paid by subscribers for a 2011-2012 season that didn't happen), and bankruptcy proceedings continue.

While Barnett has returned to acting (she recently appeared in After the Revolutionat the Caldwell Theatre Company), Tyrrell is again focusing on the new play work that helped make Florida Stage a nationally respected theater.  He is becoming artistic director of a new company dubbed The Theatre at Arts Garage.  The facility at 180 NE First St. in Delray's Pineapple Grove area presents multidisciplinary work, including dance, music visual arts and movies.

On a modest $150,000 budget for his first  season (Florida Stage's at one point hit $4.1 million), he will present a series of Tuesday evening play readings in February, with Israel Horovitz, John Guare and William Mastrosimone in attendance to hear the works and participate in post-play discussions. Tyrell says he's hoping that the fourth playwright will be Eve Ensler, but that isn't set yet.  From March 1 to March 4, the Theatre at Arts Garage will present The New Play Festival, an event inspired by Florida Stage's 1st Stage New Works Festival, with readings of six new works and Mastrosimone leading play-writing workshops.  Pulitzer Prize winner Marsha Norman will be the keynote speaker. The company's first full production, a play-with-music titled Woody Sez (about folk legend Woody Guthrie), will run March 16-April 8.

"I had a reflective summer, and when this opportunity came up, it felt right on so many levels," Tyrrell said.  "You have to ask, 'What is the new model? What do people want in an evening of going out to theater?'  The Arts Garage space is a raw, storefront space.  It's great fun...There are relationships that don't go away, that exist because of a shared love of new work.  But there will be new writers, new titles, new stories to tell."