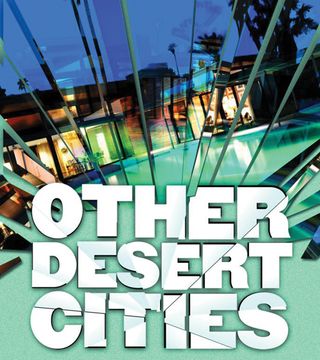 Actors' Playhouse in Coral Gables is celebrating its 25th anniversary next season, and the theater has just filled one of two blanks in its 2012-2013 schedule with a hot show: Jon Robin Baitz's Other Desert Cities. Now running on Broadway at the Booth Theatre, the play is a clear contender for numerous awards, including this year's best play Tony.

Baitz, the creator of the television series Brothers & Sisters, has written a funny, explosive play about a conflict-laced family reunion.  Returning to celebrate Christmas at the Palm Springs home of her power-player Republican parents, a writer with a history of depression reveals she has written a memoir about family matters Mom and Dad would prefer to forget.

Coming on the heels of this season's Next to Normal and last season's August: Osage County at Actors Playhouse, Other Desert Cities promises to be a major draw for South Florida acting talent next season.

Godspell opens the Actors' season Oct. 10-Nov. 4, followed by the intimate musical The Last Five Years Dec. 5-30.  Other Desert Cities kicks off 2013 with a run from Jan. 16-Feb. 10, then comes the regional premiere of the Tony-winning musical In the Heights March 6-April 7.  Ken Ludgwig's comedy The Fox on the Fairway runs May 6-June 2, 2013, with a summer show still to be announced.

Subscription prices range from $185 for previews to $435 for opening nights.  Actors' Playhouse is located at the Miracle Theatre, 280 Miracle Mile, Coral Gables.  For info, call 305-444-9293 or visit the theater's web site.