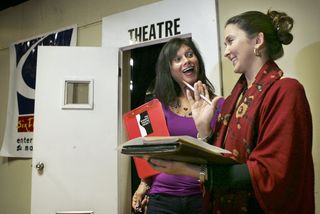 Fort Lauderdale's 10-year-old Women's Theatre Project (WTP) has been in limbo since the company lost its home at Sixth Star Studios in February.  But the troupe's leaders have been busy checking out potential spaces ever since then, and they've settled on one:  the Willow Theatre at Boca Raton's Sugar Sand Park, a 155-seat venue that triples the company's seating capacity.

That space is already home to the Boca Raton Theatre Guild, which has presented the WTP productions of The Year of Magical Thinking and Bridge & Tunnel in the past.  The common denominator is WTP artistic director Genie Croft, who staged The Tale of the Allergist's Wife, Broadway Bound and Lady Day at Emerson's Bar and Grill for the Boca Theatre Guild and will mount that company's season-opening production of A.R. Gurney's Sylvia (featuring Patti Gardner, Jacqueline Laggy, Mario Betto and Boca Theatre Guild artistic director Keith Garsson) Sept. 28-Oct. 14.  Garsson will stage his company's second show, the musical Chicago, in March. 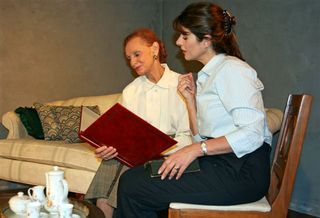 WTP has two productions, with the possibility of a third, planned for its new home next season.  Barbara Pease Weber's comedy Delval Divas, about a collection of educated inmates at a Delaware prison, will run Nov. 2-18. The company will also do a play it first presented in 2009, Faye Sholiton's The Interview, Jan. 4-20.  Harriet Oser and Gardner were featured in the earlier production of the play about a Holocaust survivor who shares her memories with an interviewer.

Croft says of WTP's new home that "...it's a natural progression to make our home here -- a perfect union of theater, creative growth and [a] venue to expand our productions and mission."

The Willow Theatre at Sugar Sand Park is located at 300 S. Military Trail, Boca Raton.  Tickets to productions by both companies will go on sale in August.  The Willow box office number is 561-948-2601.  For info on WTP, visit the company's web site; for Boca Theatre Guild info, go to its web site.