In South Florida's theater world, hope and talent spring eternal, despite the financial hard times that have imperiled or sunk several key companies.  New troupes spring up, hoping to become an ongoing part of what the region's theater has to offer.  Two of them have one-night events scheduled on Monday and Tuesday this week. 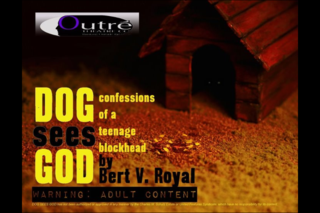 The other event this week is a staged reading ofDog Sees God: Adventures of a Teenage Blockhead. Members of the new Outré Theatre Company.  Bert V. Royal's hard-hitting play may remind you of a popular, long-running comic strip featuring cute kids and a dog, but these characters are teens with every problem those years can bring.  Mike Westrich, Patrick Rodriguez, Clay Cartland, Kaitlyn O'Neill, Josh Harding, Christina Groom and Ann Marie Olson are in the cast.