« McKeever's 'Stuff' gets a New York reading | Main | One night only »

What D.C. has that Miami doesn't 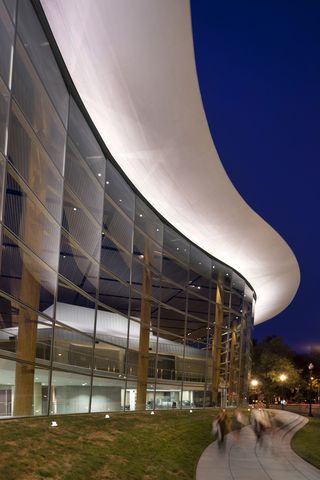 I was on vacation last week, mainly for a reunion with my husband's extended family at Rehoboth Beach.  But we also passed through Washington D.C. on our way to and from Delaware. And though we enjoyed driving around the nation's sizzlingly hot capital, sampling the Smithsonian, checking out the White House and the Washington Monument one more time, I was most interested in seeing another kind of national treasure.  So on my last vacation day, I went to Arena Stage.

My first visit to Arena Stage was in 1984, when I was traveling around the country doing interviews and seeing shows for a Miami Herald project on America's major regional theaters.  I sat down with the visionary Zelda Fichandler, one of Arena's three founders, a pioneer in the country's regional theater movement and the first of just three artistic directors to lead the theater since its founding in 1950.

The last time I visited Arena, the company was "off campus," in temporary spaces in Washington and Virginia, while its $135 million Mead Center for American Theater was being built on the site of its historic home on southwest Washington's waterfront.  The sleek new glass-and-wood complex -- home to the 683-seat, in-the-round Fichandler Stage; the 514-seat thrust-stage Kreeger Theater; and the oval-shaped, 200-seat Kogod Cradle -- is an incubator for new work, and a place where both recent and classic American plays and musicals can get fresh productions. 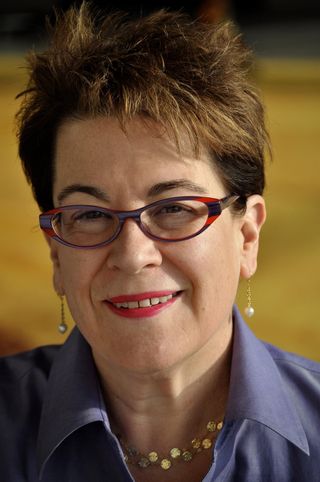 Molly Smith, who succeeded Douglas C. Wager in 1998 as Arena's artistic director, has been a vital champion of new work during her 19 years at Alaska's Perseverance Theatre (she was its founder) and at Arena.  But as she demonstrated with her much-praised, award-winning Arena production of Oklahoma! last year, Smith also has a brilliant way with musical theater classics.  I definitely wanted to see Arena's handsome new home, but I also wanted to sample some of Smith's work.  So I caught her production of Meredith Willson's The Music Man on its second-to-last Sunday.

Starring Burke Moses (the original Gaston in the stage version of Disney's Beauty and the Beast) as charismatic con man Harold Hill and Kate Baldwin as Marian the librarian (I saw Baldwin's understudy, Katerina Papacostas), the Arena production isn't anchored in 1912.  The program notes that this story of River City, Iowa, is "set in a vision of America's past, with echoes of today." Smith's Music Manis fresh, full of moxie and insight. The stubborn, judgmental Iowans are at first costumed mostly in neutral tones.  But after Moses' fast-talking Hill enters their lives, after he sells them on instruments and band uniforms for their kids, their costumes turn positively vibrant, a reflection of the color "Professor" Hill has brought to their town and into their lives. 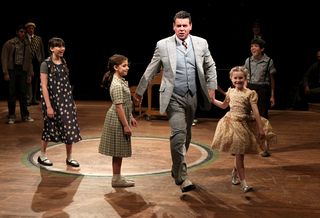 Everything about The Music Manis first-rate: Smith's concept and staging, Parker Esse's joyous choreography, Judith Bowden's costumes, Eugene Lee's flag-filled set, the fullness of the orchestra, the sharp performances, the rich singing.  When a theater has artistic vision and a budget of more than $15 million per year, shows get done well.

Arena is a historic theater and an American treasure.  It was the first regional theater to send a production to Broadway (The Great White Hope in 1968) and the first company to win the regional theater Tony Award (in 1976).  Fifteen other Arena productions, including Next to Normal, have played Broadway, and many more have been done at theaters around the country.

Arena, like the very best regional companies, has enriched American theater for a long time.  For all the fine companies that now exist in South Florida, there is nothing like Arena here.  The Coconut Grove Playhouse, in limbo for more than six years except as a political football, never ascended to Arena's level, though it should have.  The reasons are myriad, as are the elements needed for a "new" Coconut Grove Playhouse (if and when that dream is ever realized) to become a nationally important theater.

And if you can, hop a plane to D.C., check out Arena, then fight for something like it closer to home.

(Photos of the Mead Center, Molly Smith and The Music Man courtesy of Arena Stage)