« One night only | Main | Linking theater to doing good »

Some late-Monday random theater news you can use: 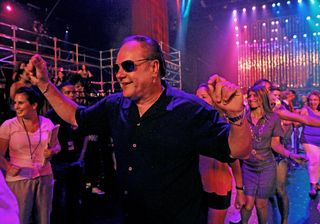 *  The Arsht Center's big summer deal, The Donkey Show, is extending through Aug. 18.  But the center wants more booty-shakers at its disco remixed Midsummer Night's Dream, so special weekend theme nights and discounts are being offered.  The 7:30 p.m. shows on Friday have a girls' night out theme; groups of five or more using the promo code GIRLS get a discount.  After-parties follow the Friday shows at Ricochet (Aug. 10) and Will Call (Aug. 17).  Show your Donkey Show ticket stub to get free admission and a cocktail.

Guys get a boys' night out experience at 10:30 p.m. Saturday, with groups of five or more getting a price break. Use the promo code BOYS on the Arsht's web site. Harry Casey, the KC of KC and the Sunshine Band, hosts earlier Boogie Nights performances at 7:30 p.m. Saturday. Regular prices are $45-$60 for the dance floor, $60-$75 for VIP seating, depending on the performance. Need info? Call the Arsht box office at 305-949-6722 or visit the web site.

* New Theatre has filled in the other half of its four-play 2012-2013 season lineup.  The world premiere of Robert Caisley's Happy kicks off the lineup Sept. 7-23. Then comes a fresh production of Willy Russell's Educating Rita, to be directed by Steven A. Chambers; that one runs Nov. 30-Dec. 16.  The world premiere of artistic director Ricky J. Martinez's play Road Through Heaven runs Feb. 1-17, and the season winds up with a Martinez-directed production of John Pielmeier's Agnes of God April 26-May 12.  The theater is also inaugurating a late-night series of edgy theater dubbed BOOMFrog, which will run Oct. 19-27 and March 15-23.  Subscribers will get admission to two BOOMFrog performances with their season passes. 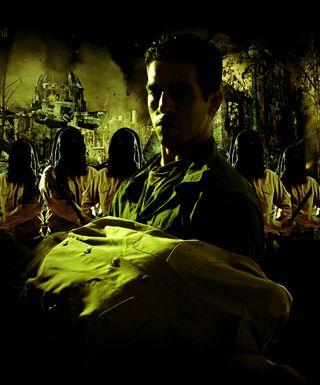 *  Ground Up & Rising is resurfacing on Saturday with two free performances of an hour-long adaptation of William Shakespeare's Julius Caesar.  Curtis Belz did the adaptation and appears in the show along with Collin Carmouze (who also directs), David Gallegos and Jenny Lorenzo.  Future Ground Up plans include a free hour-long Macbeth and a black-box production of John Patrick Shanley's Danny and the Deep Blue Sea.