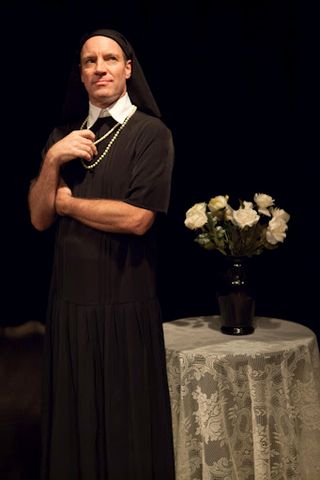 The National New Play Network (NNPN) has a new member company: Zoetic Stage, which will kick off its season Oct. 4-21 with Doug Wright's Pulitzer Prize-winning I Am My Own Wife. The play, a solo show starring Tom Wahl as Charlotte von Mahlsdorf (a German man who lived as a woman and survived both the Nazis and East German communists), will be done in the Carnival Studio Theater at the Adrienne Arsht Center for the Performing Arts.  Zoetic's work is part of the Arsht's Theater Up Close series, and this particular play is one of the offerings during the center's ongoing Light/The Holocaust & Humanity Project.

The NNPN affiliation is a valuable one for Zoetic in two ways.  As artistic director Stuart Meltzer observes in announcing the relationship, "It is vital to the health of every community that new writers continue to strive, question society and bring humanity back to our social media-frenzied world.  Becoming a member means that we can now include our very own playwrights on a larger circuit and recruit the work of outside playwrights to Miami."

In NNPN's model, several theaters agree to stage a "rolling world premiere" of a script they all like, giving a playwright different productions of a new play, exposing the work to audiences in different cities and allowing the writer to do ongoing developmental work between premieres.  Zoetic, which has staged world premieres by founding playwrights Michael McKeever (South Beach Babylon and Moscow) and Christopher Demos-Brown (Captiva), will now have more opportunities to help the work it originates have an ongoing life.

Miami's New Theatre, which will stage Robert Caisley's Happy Nov. 30-Dec. 16 as part of a rolling world premiere, is part of NNPN, as are the Orlando Shakespeare Theatre and Sarasota's Florida Studio Theatre.